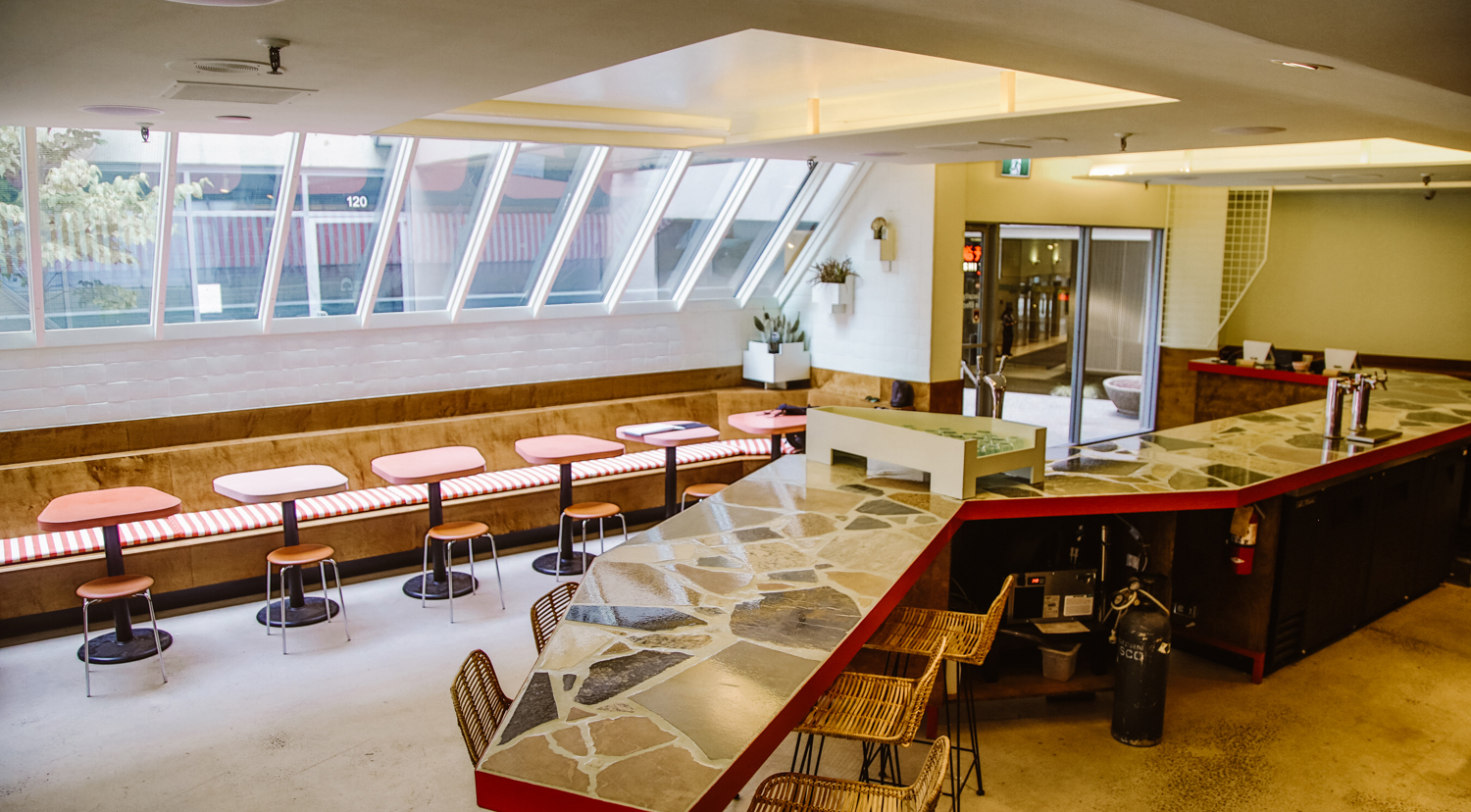 Scenes from the Newly Launched ‘Tacofino Oasis’ in the Financial District

Tacofino Oasis is now open in the heart of the Financial District and it’s looking really cool. Here are the details, as compiled in Scout’s preview of the place, which we published back on July 11th, 2017:

There’s another Tacofino on the way. This one, the fourth for Vancouver, is a 38 seater dubbed “Tacofino Oasis”. It’s in the most unusual of locations: a narrow, labyrinthine breezeway behind Bentall One in the Financial District (122-1050 West Pender). It’s definitely a score for office workers, if they can find it! And I’m sure they will. Perhaps the route to it will be traded among them like a secret for the first little while, but they’ll all eventually figure it out. I did!

The team, which has grown to include the talented likes of chef Stefan Hartmann (ex-Bauhaus) and Cord Jarvie (co-founder Meat & Bread, Juke Fried Chicken), took possession of the uniquely situated, 1,300 sqft address back in May. The design of the room is in the hands of Shiloh Sukkau, who made the last two locations look very different from one another. To wit, the Gastown location has a 70s surfer in Baja vibe, and she gave the Yaletown location a feel from Del Mar, California in the 80s. The theme here will be 40s-60s Hollywood Mexican. I’ve seen some mood board and pre-vis drawings and it looks pretty cool.

As per usual, there will be menu items unique to this location, with Michelin-starred Hartmann at the helm. I’m not sure what they are just yet, but I’m excited about trying them. I like that about this company: they ensure each location has its own personality and menu. They take pains trying not to be a cookie cutter chain. Opening day is being set for August. Bonus: 10 seat patio.

I’ve been on the island this past week so I haven’t been able to swing by the Oasis just yet, but as you can see from the imagery (by Amy Ho and Victoria Black, provided by SMC Communications), clearly Shiloh Sukkau did a superb job on the design front. I mustn’t have been easy. When I did my last walk-through of the construction site the paper was still on the windows and it felt a little dark and awkward. Finished, it looks awesome, as do the menu items by chef Stefan Hartmann.