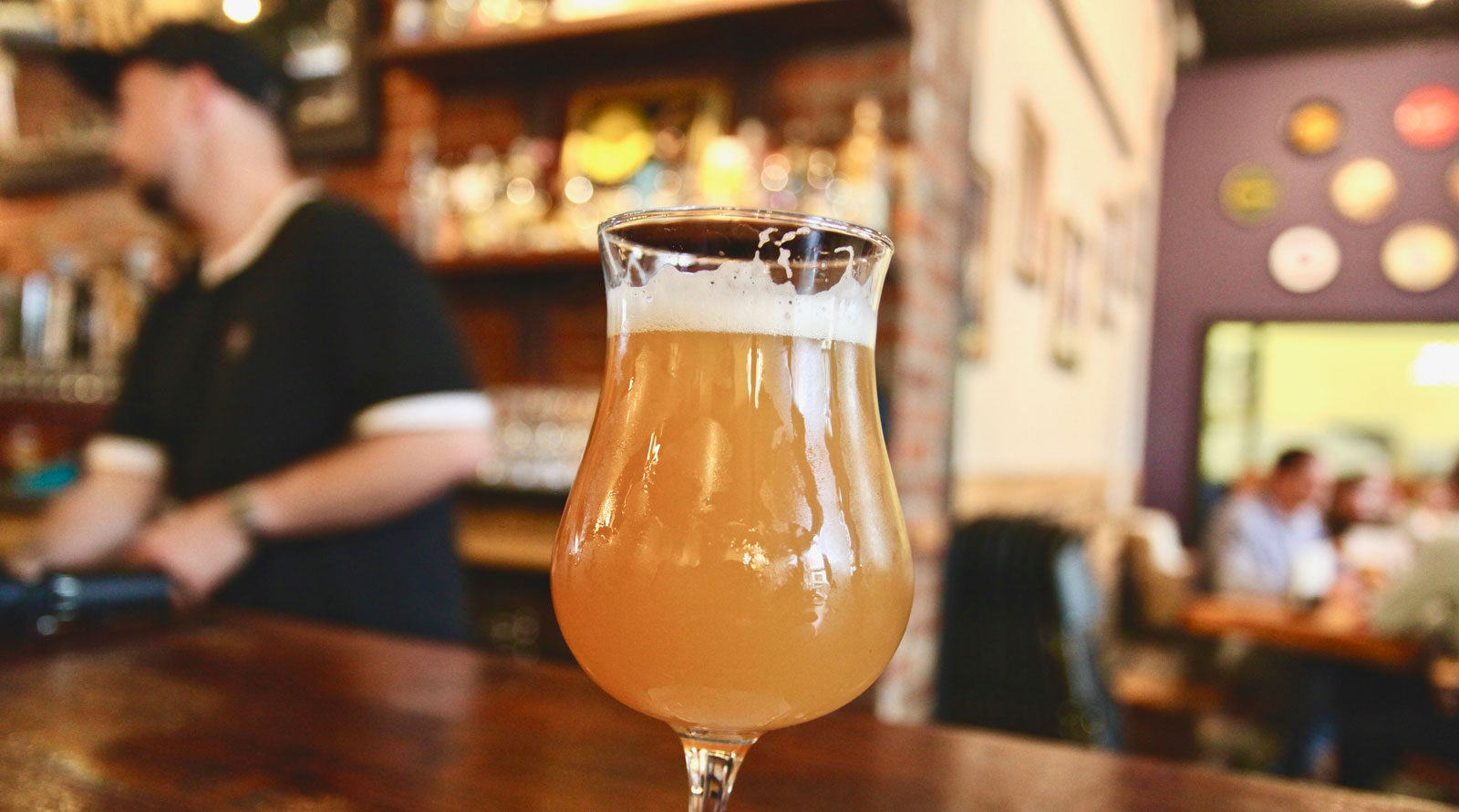 CRAFT BEER MONTH | October is BC Craft Beer Month which means 31 days to ‘officially’ tipple. Of course, any of the events below are a great way to drink your respects; however, it’s also a great excuse to revisit the ol’ Craft Beer Atlas of Vancouver, which has way more options than days of the month.

TRIVIA | Also in honour of this month’s designation, Mount Pleasant’s Brewery Creek liquor store is reinstating their month-long beer trivia Instagram contest. Every Thursday during October, beer nerds will have the opportunity to win a bunch of craft beer swag and be entered for a grand prize. Bring it on! Full instructions here.

MAPLE RIDGE ALE TRAIL | Looking to expand your beer-hopping route? Check out Maple Ridge. As of September 21st, the BC Ale Trail officially launched a new leg thereabouts. So far the expanded stretch includes four breweries – Foamers Folly Brewing, Maple Meadows Brewing, Ridge Brewing and Silver Valley Brewing – with one more impending 2020 addition. To celebrate, the four existing establishments have collaborated on a special Ale Trail Saison, which is currently available at each brewery throughout Oktoberfest (until October 6th) as well as on tap at a trio of neighbourhood pubs (the Black Sheep Pub, The Reach Neighbourhood Pub & Grill and Kingfishers Waterfront Bar and Grill). Find out more. And speaking of Oktoberfest, if you’re in the hood for its culmination next weekend, there are a couple of events that you might want to check out…Silver Valley’s day-long shindig goes down on Saturday (11am – 11pm; details); for burgers, rugby and German Bock head to Ridge on Sunday (12 – 4pm; details).

TACO TWO-SDAY | Grab your favourite beer-and-taco lover and plan a date to Port Moody. Thursday nights are “It Takes Two to Taco” nights at Yellow Dog Brewing. The ticket price ($50) includes chips and salsa, tacos and beers for two, plus a $10 Taps & Tacos gift card and perks on Yellow Dog merch. Find out more.

ART + BEER | Ravens Brewing’s relationship with art isn’t news, but the re-launching of their Gallery Night sure is! After a summer-long break the Abbotsford brewery is re-launching the event on October 10th. We’re looking forward to this regular dose colourful local art – paired with delicious seasonal beers, of course – just when the drab winter days have us craving it the most.

BEER + FILM | There’s a neat-sounding beer film screening happening at the Civic Theatre in Nelson on October 10th, with subsequent screenings radiating out across BC later this month. Now in its second year, the Craft Brews of the Columbia Basin film competition includes submissions of 3-minute-long imagined beer commercials and short films featuring ten participating regional breweries. Find out more.

A VERY MOODY B-DAY | Moody Ales is turning five years old this month and on Saturday, October 12 they’re giving themselves a well-deserved pat on the back by throwing a free public celebration. The party includes two live bands, sweet and savoury food options (BBQ, donuts, Middle Eastern fare), a bunch of small batch brews AND a special anniversary beer release. Sounds like a fun and laidback way to get into the Thanksgiving long weekend spirit! Find out more.

KAMLOOPS | Speaking of birthdays, Red Collar Brewing is also celebrating their five-year milestone this season. The Kamloops brewery is doing it with a three-day blow out that includes a Quad Vertical Tasting, Five Year Party and a Sunday morning-after Beer Paired Brunch. Are you ready to get down with this brewery big dog? Then keep a look out for announcements about details and ticket sales here.

HOPS & HARVEST | Victoria’s Driftwood Brewing is crossing the Strait to make their beer dreams come true via a culinary collaboration on Laurica Farm with the help of the feasting aficionados at Big Feast Bistro. The dinner includes a whopping seven courses highlighting farm-grown and locally made ingredients, like a fancy Gouda, blackberry mustard and pork grilled cheese, and an inventive vegetarian “charcuterie” spread (full menu here). All this goodness is, of course, elevated by some delicious seasonal Driftwood beers. Bonus: proceeds from the event go towards FarmFolk CityFolk. Tickets here. UPDATE: THIS EVENT HAS BEEN CANCELLED.

PENTICTON | High Season in the Okanagan is coming to its inevitable conclusion, but there’s still at least one great reason to make a trip to the region this month: the first ever Penticton Beer Week! Event details are still coming together; however, what we do know is that all seven local breweries (Slackwater, Bad Tattoo, Cannery Brewing, Highway 97, Tin Whistle, Neighbourhood and the Barley Mill Brew Pub) have joined up to create “Community Common”, the week’s official beer. Visit the official website for updates.

THINK AHEAD | For the month of November, New West is going to be extra “lit” when Another Beer Co. hosts its first ever art exhibit of neon light art. There will be over a dozen pieces on display, adding extra glow and ambience to the New West brewery’s tasting room, throughout the month-long art show (name TBA).

33 ACRES | Good news Vancouver Islanders: Mount Pleasant OG brewery 33 Acres has finally expanded their distribution beyond the lower Mainland and across the Strait. That’s right, you can now get your fix of Life, Ocean, Darkness, Sunshine, et al. without the hassle of hopping a ferry. The 33 Acres website is still being updated with their new list of stockists (check back here for updates), so for now you’ll have to call ahead to sniff out your closest liquor store retailer. Let the beer hunt begin!

GET FRESH | Fall means fresh hops! Ticket sales for Victoria’s fresh hop festival, Fresh to Death, went live on September 13th, and some are General Admission and VIP passes are still available. Check out the full of list of beers and get fresh here.

COMING SOON | After years of intense renovations, Ucluelet’s St. Aidan’s on the Hill church is only weeks away from reopening (at an as yet unspecified date in October) as the Ucluelet Brewing Company. The brewery is operating within some pretty remarkable timber bones and, with award-winning brewer Allan Cukier (formerly of R&B Brewing) leading the way, we’re super interested to see what the next chapter in this brew-story will be. Check out the progress as they narrow in on opening day here.

WINTERBRAU | As winter approaches, it’s good to have something to look forward to besides the unceasing rain. Winterbrau could be just that. The 8th annual seasonal beer festivity is returning to Canoe Brewpub on the second weekend of November for two afternoons spotlighting some of BC’s best beers, along with free chef-created canapés and some eclectic, Balkan-inspired musical entertainment. A total of nearly 30 breweries (plus a cidery) are included in the entire line-up. Each day’s roster is slightly different, though, so do your research and grab your tickets here.