We present these fine establishments in no particular order, but give each of our readers TWO votes so they can be ranked.
Article 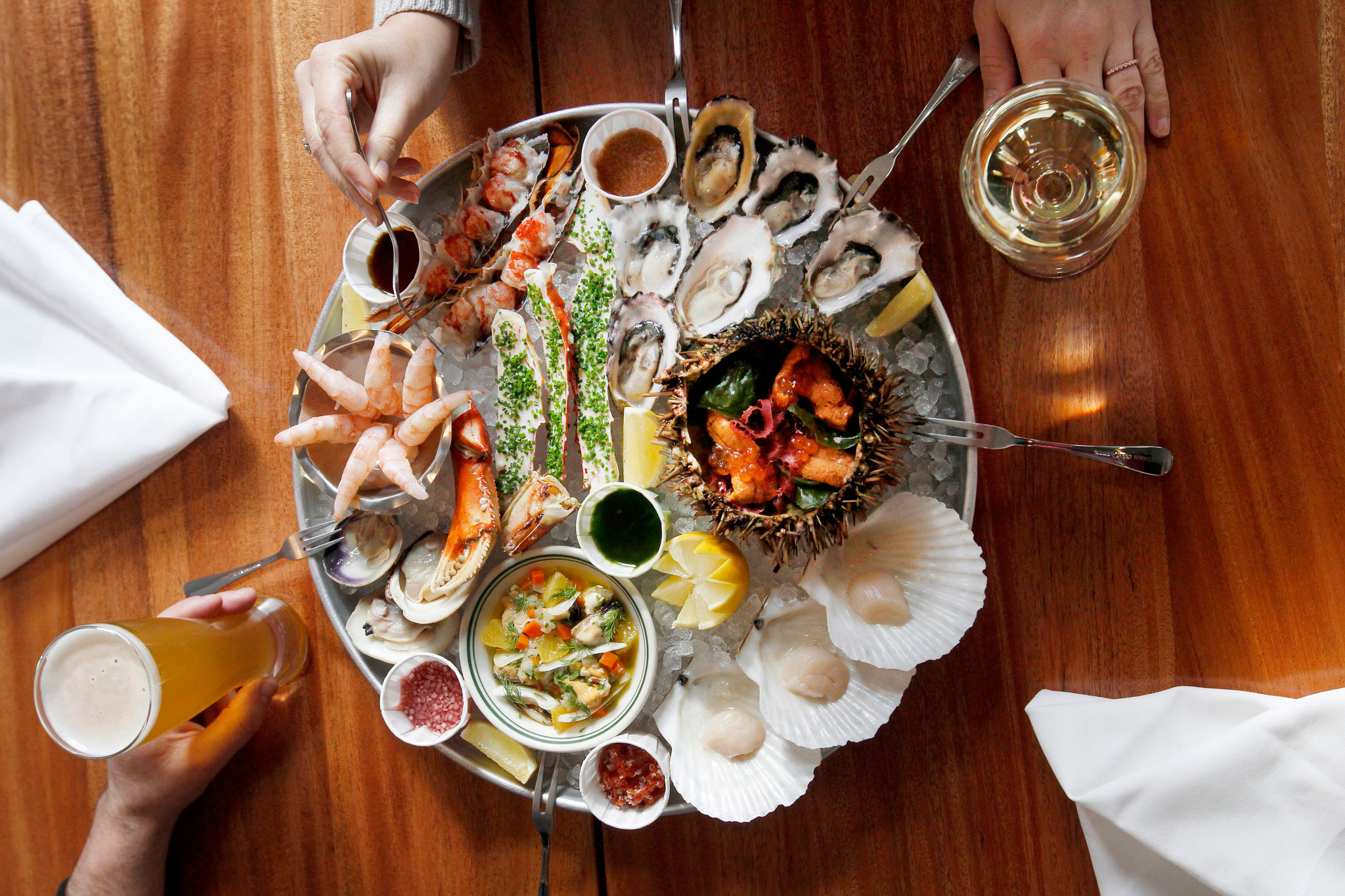 Launch Map
You Need To Try This

Scout has been keeping track of restaurant openings for a very long time. Of course, not all of the spots we choose to preview are able to live up to their pre-opening hype, but most of them do. Today we isolate nine of these – our favourite new restaurants of the year so far – and present them in no particular order for our readers to rank (poll at bottom).

Opened back in June, this casual counter-service addition to The Drive gained an immediate following on account of its deliciously addictive “Nashville Hot” style fried chicken. Don’t let the line-up freak you out; it moves fast!

Launched in February in the old Secret Location address on Gastown’s Maple Tree Square, this seafood-focused sister restaurant to nearby award-winner L’Abattoir is on the sleek side of beautiful. Go in a group of four and request one of the cozy booths!

This modern-meets-classic reimagining of an old American-Italian spaghetti house (see “Nick’s” in Scout’s Restaurant Graveyard), opened in June to a packed house and hasn’t slowed down since. The charming interior design has plenty to do with this, but the food and service are also on point.

Granville Island’s new Popina is the collaborative effort of four great local chef talents that set out to do the very best versions of their favourite comfort foods. We’re talking burgers, falafel, fried chicken – you get the idea. Its waterfront location boasts a stunning view of the False Creek’s northern shore.

The new Kitsilano hangout from the same folks that gave us the neighbourhood’s perennial dinner favourite, AnnaLena. Some might say it’s more of a coffee-focused cafe than a restaurant, but if that’s the case why is the food so damn good? Expect plenty more from this concept as it evolves.

The team behind West Pender’s much-loved Cinara restaurant brought this casual Italian concept to Main Street early in the new year and it quickly found a dedicated following in the neighbourhood. The bright, unpretentious room is made all the more attractive by a simple menu of familiar favourites and unfussy wine list.

Though just 9 months old, DiBeppe is the old timer on this list (and the first of the three Italian newcomers). It is already well settled in its Gastown location, looking like it’s been there for years and expertly churning out tasty antipasti, pizzas and pastas.

The colourful Chinatown location of this Vietnamese looker is bigger (54 seats) and arguably more interesting than the Yaletown original, sporting a much sexier design, a more deliciously diverse menu, and a full bar that is always pouring something good.

It took these guys a few months to find their feet in the old Habit/Charlie’s Little Italian address, but they’ve since emerged as a fun place for cocktails and Cuban eats. We dig the transportive tropical design, too, especially the back bar, which elaborately employs several dressing tables (“tocadors”). Previous
Juniper to Host Brewmaster Feast With Faculty Brewing, Two Rivers
Sep 20, 2018
Next
On Silver Spoon Imperiousness and Trying Not to Look Like Cheech & Chong
Sep 21, 2018