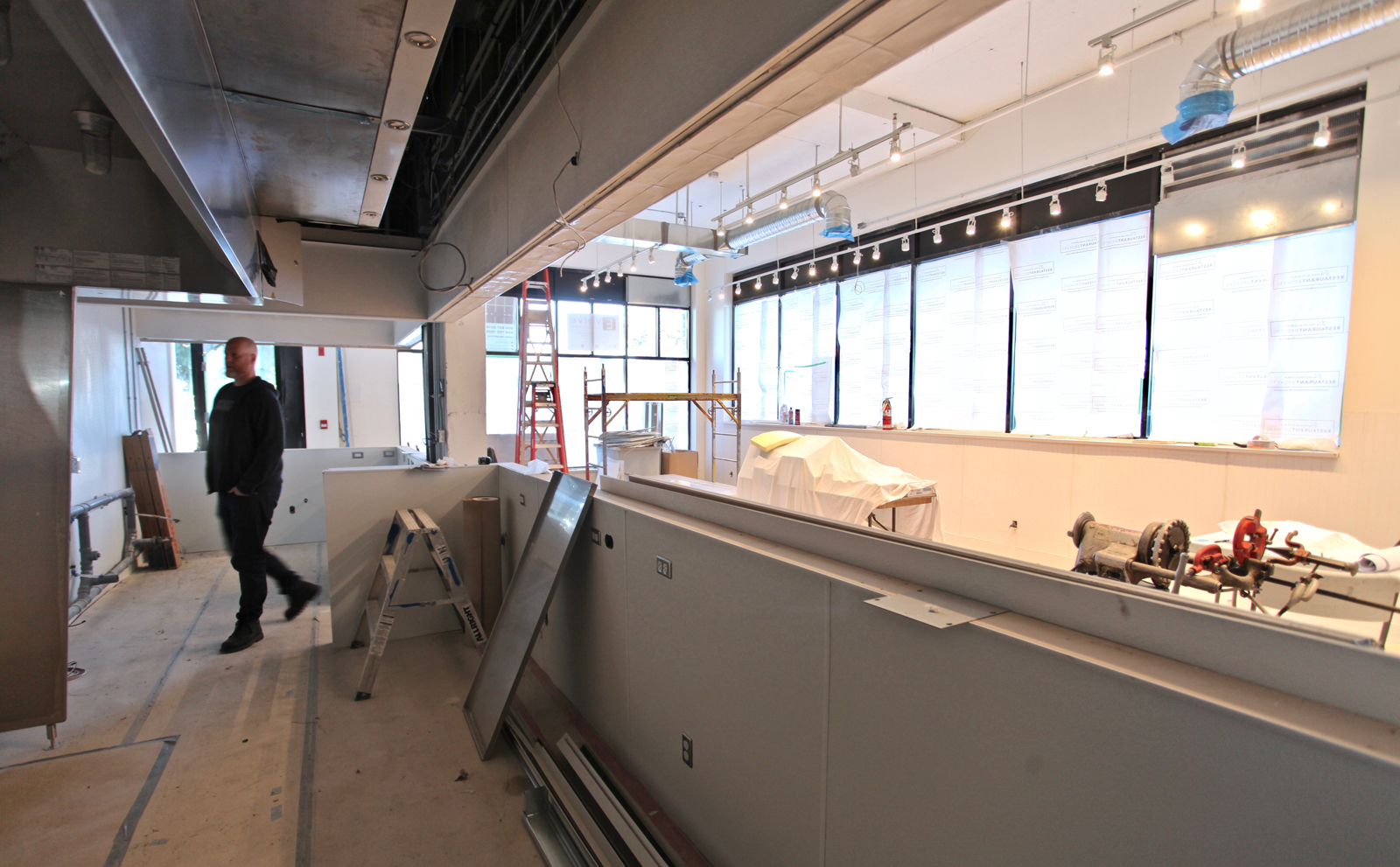 Yolks is getting ready to move from its original location in the old (and let’s face it, decrepit) Brave Bull building at Hastings and Clark to an 1800 sqft space in the newly constructed Boheme building three blocks east at Hastings and Woodland (1598 East Hastings).

I took a walk through the construction site earlier this week with owner Steve Ewing, who has hired local designers Campos Studios to design the new restaurant and brought in Glasfurd & Walker to rethink the company’s brand and identity.

The plan is for the old spot to close on a Sunday afternoon in early November and then open the new place the following morning.

The new Yolks will see some 60 seats inside split between six cozy booths and a long banquette with its back to an open kitchen. There will be another 40 seats outside spread out on a large, levelled patio that will run the length of the restaurant’s side on Woodland. The restaurant will be licensed with beer and breakfast-typical cocktails (eg. Caesars), and home to a new coffee program from nearby Agro Roasters. I don’t imagine the menu – which draws daily line-ups – will change much. If you’ve never been before, think fried chicken and waffles, half a dozen varieties of eggs benedict, truffle-lemon hashbrowns, et cetera. Good stuff.

This is the first of several moves from a small company that started out as a food truck before launching its brick and mortar operation just before Christmas in 2013. Ewing opened a second location on West Broadway two years later, and after this address is sorted – and the redo of the brand is complete – he aims to open another two or three Yolks before the end of 2019 (he is actively seeking out locations as we speak). Take a look inside the construction site (and at some more renderings) in the gallery below: Previous
A Day in the Studio and a Bourbon Sour with Local Maker Nadia M’Seffar
Oct 4, 2017
Next
Marchesi Di Grésy Winemaker’s Dinner Set For Ancora on October 17th
Oct 4, 2017