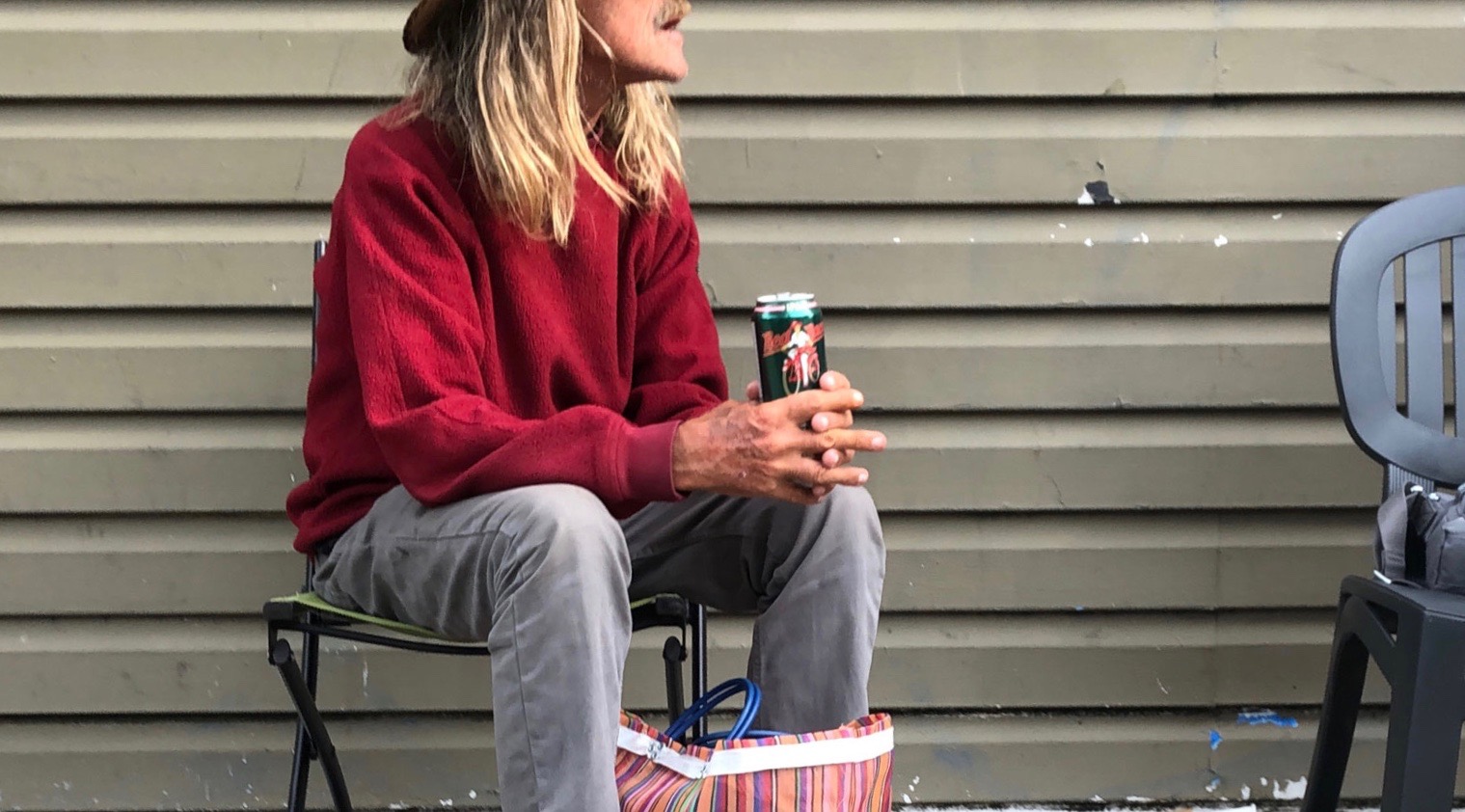 IPA DAY | Rustle up a group of your best IBU-loving buddies and brace your palates because August 1st is National IPA Day. There’s probably something celebratory going on somewhere, but if you’re like me you’d rather avoid a drunken hullabaloo. So how about planning an IPA-inspired brewery crawl? Hit up the Alibi Room, St. Augustine’s or Darby’s for an exclusively IPA style flight or paddle; or raid the liquor store for a potluck-style gathering! Honestly, it’s been a while since I’ve enjoyed a a really good IPA, but this seems like a good excuse to revisit some ol’ faves like Storm’s Hurricane, Main Street’s Naked Fox, P49 Filthy Dirty, Phillip’s Electric Unicorn White, Driftwood’s Fat Tug and/or pretty much anything from Superflux, including the recently re-released Pretty Much Yeah Galaxy.

LAUNCH | The latest brewing operation to get launched out of Callister is Altitude Beer Co., the joint project of Xander Szymanski, Peter Hendriks, Andrew Tsang and Kirby Burchill. The beer-loving crew are kicking off the August long weekend with their official launch party this Friday. If you’re still in town, head to East Van for the festivities and first tastes of three Altitude brews: “No Pressure” Rye Session Ale, “Passing the Torch” Hazy IPA (a collaboration with Callister alumni Sundown Beer Co.), and an especially intriguing R&B collab called “Negroni Saisoni” (a Negroni inspired saison). Find out more.

CHERRY (BEER) BOMB! | Last Friday (July 26th) Strathcona Beer Company hosted Earnest Ice Cream along with a bunch of beer- and ice cream-lovers for an exciting dual launch party. Both Strathcona’s ‘Cherry Bomb’ sour cherry beer and Earnest’s Sour Cherry Goat Cheese ice cream feature fruit from Jobst Hof Orchards in the Okanagan. If you missed it, you can still recreate the beer-float magic (photo here) by picking up a pint of ice cream and a four-pack of beer, both which are conveniently available at the brewery. Hell, you could probably even whip once up yourself right on premises…(The Sour Cherry Goat Cheese flavour is also available at most Earnest locations; the Cherry Bomb should be on select private liquor store shelves also.) I don’t need to tell you that the cherry season is short and both seasonal concoctions are super limited (but I did anyway).

BLOCK PARTY | The Yeast Van neighbourhood is having its first ever block party in the parking lot of Container Brewing on August 17th. There are no less than 18 breweries and distilleries involved, including the usual suspects and some outliers like East Van, Hastings Mill, Coal Harbour, Storm, Andina, Powell and Superflux, to name just a few. Big Day BBQ will be fulfilling their MO by feeding the beery crowd, and Dr Alex will be at the decks spinning real vinyl records. Tickets include your first two beers and are available online now, with a limited amount available in-person the day of. No doubt that beer-lovers from less brewery-friendly hoods across Vancouver will be flocking to this block party, though, so I recommend not leaving this too long… Get your tickets here.

POP UP | The art- and beer-loving peeps from Hamilton-based Collective Arts Brewing are paying a visit to Vancouver on August 10th, to celebrate the 2019 Vancouver Mural Fest. This time around they’re collaborating with Vancouver artist organization ArtBreakers for an outdoor art market featuring loads of local art for sale. Other onsite entertainment includes a DJ showcase, a live art demonstration and an intense-sounding keg painting battle…plus Collective Arts beer and other goodies, of course! While you’re mural-gazing Mount Pleasant definitely don’t forget to meander over to East 8th Avenue to check it out. We’ll see you there! Find out more.

FIELD DAY FEST | The details are pouring in – har har! – about the impending Field Day Fest, happening at the Field House brewery (also on August 10th). This year’s participating guest BC breweries are widespread, including Townsite (Powell River), Parkside (Port Moody), Twin Sails (also PoMo), Wild Ambition (Kelowna), Temporal (Vancouver), Dageraad (Burnaby) and House of Funk (North Van). All will be serving up their sours to the tunes of six local bands and DJs (Jenny Banai, Saint Soldier w. Rózsa, Jillian Lake, Adam Klassen, Jordan Klassen and DJ Teen Daze) plus eats from their Canteen kitchen, ice cream, coffee and lots of artsy activities! Speaking of art: Field House recently put out an open call to artists interested in doing a live mural at the event, in exchange for entry to the fest and other beer-related compensation…find out more about that here. Tickets to join the fest can be grabbed at this link.

SLACKWATER | The new Penticton brewery is holding its first ever Brewmaster’s Dinner on August 13th and it sounds spectacular. The menu, created by Brewmaster Chris Vandenberg and Executive Chef Ben Overland, includes a whopping five courses paired with as many drinks. The meal begins with a reception featuring local charcuterie and oysters along with a beer of your choice, followed by a Rose Pilsner Heirloom Tomato Gazpacho with Poached Prawn and its matching beer…and commences with an Elderflower Creme Brûlée with Pink Peppercorn Sable Cookie and 10oz Sue’s Ruin (Odd Society Spirits Gin Barrel Aged Saison) snifter. For the full description and details about how to procure tickets to this amazing kick-off feast, head over here.

ICYMI | Elsewhere on the Scout website, we interviewed beer aficionado Nigel Springthorpe and local graphic designer Alex Nelson about their collaboration on The Magnet’s ingenious and colourful brand concept, for our most recent edition of Branding Vancouver. You can read that here.

VICTORIA | One of my favourite beers of the summer so far is undoubtedly the Raspberry Golden Sour from Ile Sauvage Brewing. This smooth and fruity beverage from the Victoria-based brewery is an impressively close match in both colour and opacity to its tall can label (I snagged my can from Legacy liquor store in Olympic Village, but these seem to disappear quickly). Judging from their Instagram feed, which I’ve been consistently trolling since having my first taste, impressive colours are a common theme at the brewery – most recently, a deep purplish-blue which is the hue of their “Beauregarde” blueberry and cinnamon golden sour. Fingers crossed that more of these colourful cans make the trip over from the island soon…they’d be perfect for Pride.

Ile Sauvage also recently popped up on the Brassneck beer board in the form of a De La Twang collaboration dry hopped sour (some tall cans of these beauties might still be kicking around the brewery) and is currently still listed on the Alibi Room’s rotating beer list. Previous
Vancouver Would Be Cooler If It Had Whistler’s Pangea Pod Hotel
Jul 31, 2019
Next
Can You Correctly Identify This Vancouver Restaurant?
Jul 31, 2019