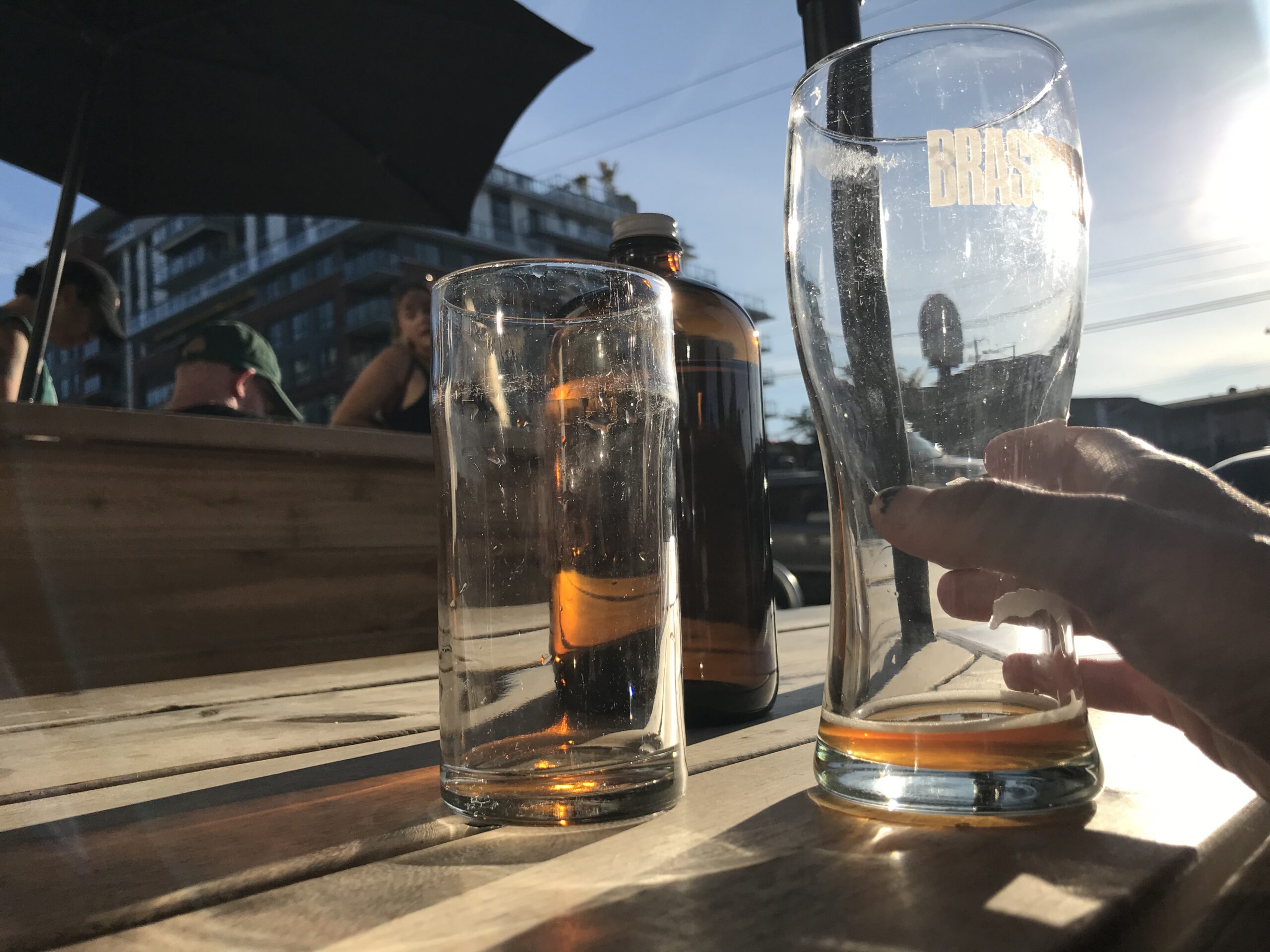 BEER + MUSIC | Have you hit up Container Brewing for their Sunday live music series yet? For the September 26th edition, the East Van brewery is putting on a special ‘Face the Music’ concert in support of the Indian Residential School Survivors Society. The evening features thrice the musical entertainment – Zach Gray (of The Zolas), Wells Good, and Emilyn are all scheduled to perform – to put back the beers to, all while chilling on the outdoor patio. Secure your tickets here.

COLLAB | I am beyond excited for 33 Acres Brewing Experiment’s new collaboration with Similkameen’s Scout Vineyard, 33B-EXP.038-MkIV Scout Co-Ferment Saison. The beer hybrid, which dropped on September 3rd, includes a mixture of oak-aged saison and Riesling, and lots of BC terroir. Appropriately, it’s available in both wine-bottle sized (750ml) and pint-sized (500ml) bottles. Swing by 33 Acres for off-sales or shop online here…but be hasty! The double appeal of this special collaboration means it’s doubtful that this one will be available for very long. Find out more.

MAGNET | After so so so so much anticipation and waiting, Gastown’s The Magnet has finally re- re- re- re-opened! The beer-forward restaurant officially welcomed diners and drinkers back on Tuesday, September 7th, but all is not ‘business as usual’ – it’s better! The spruced up restaurant (from the people behind the Alibi Room and Brassneck Brewery) has now got over two dozen beers on tap, an expanded food menu to compliment them (you may recognize many of the items from their Fridge Magnet take-out line being sold out of Brassneck), and a reconfigured room that’s socially distanced and more conducive to intimate gatherings. They’re also continuing their Brassneck tall can off-sales program, making it slightly easier to get your hands on the stuff. Some reservations are available, but walk-ins are still the general MO. Find out more.

HARVST MARKT | For two afternoons only, September 18th and 19th, Strange Fellows Brewing is once again teaming up with their good pals and long-time Krampusmarkt collaborators, OH Studio Project, to fill up their outdoors space with a specially selected line-up of 16 small businesses, for the first ever HARVST MARKT. Beer, cider and a new STRANGERS Red Wine will be pouring; plus food trucks, and season-appropriate eats like corn-on-the-cob. And, in true Strange Fellows spirit, the entire thing will be going down in the presence of the one and only HOPDEVIL, who will be accepting both wishes and grievances alike, for those who choose to enlist their services… Find out more.

JUST CHILL | Field House Brewing just dropped some super cool – literally – new merch: a 3-in-1 can chiller ($45) designed to keep tall and short cans alike cool while you’re out and about, or hold the liquid contents on its own. The design includes a super nifty slide-in and slide-out mechanism, making it virtually spill-proof. The tan colour is already sold out; however, some orange ones are still available! Check them out.

MIX IT UP | Beer purists, read no further! Howe Sound Brewing is encouraging some questionable beer practices with their new ‘Mixed Metaphors’ sour and pale ale assorted six-pack. Each of the three sours (“Is Worth Two in the Bush” Strawberry, “Keeps the Doctor at Bay” Passionfruit and “Makes the Heart Grow Fonder” Mandarin) are meant to be combined with the pale ales (“Every Dog” Lemondrop, “The Elephant in the Room” Sabro, and “Two Heads” Eclipse) for your drinking pleasure. The six-pack is one of three new releases in celebration of the Sea-to-Sky brewery’s 25th anniversary. Time to get cracking and get creative! Find out more.

BEER + ART | If you like some eye candy with your beer, then be sure to swing by Off the Rail this month to catch a glimpse of their latest art installation. September’s feature artist is none other than the local artist and icon Judy Chinn Walchuk who, among many things, repurposes pieces of glass, ceramic and porcelain into kitschy colourful mosaics. Find out more.

GROWLIES | ICYMI The Growler’s 2021 Craft Beer & Cider Peoples’ Choice Awards were announced on September 1st. Consider it a detailed guide to what BC beer enthusiasts are currently drinking, and view the full list of winners here.