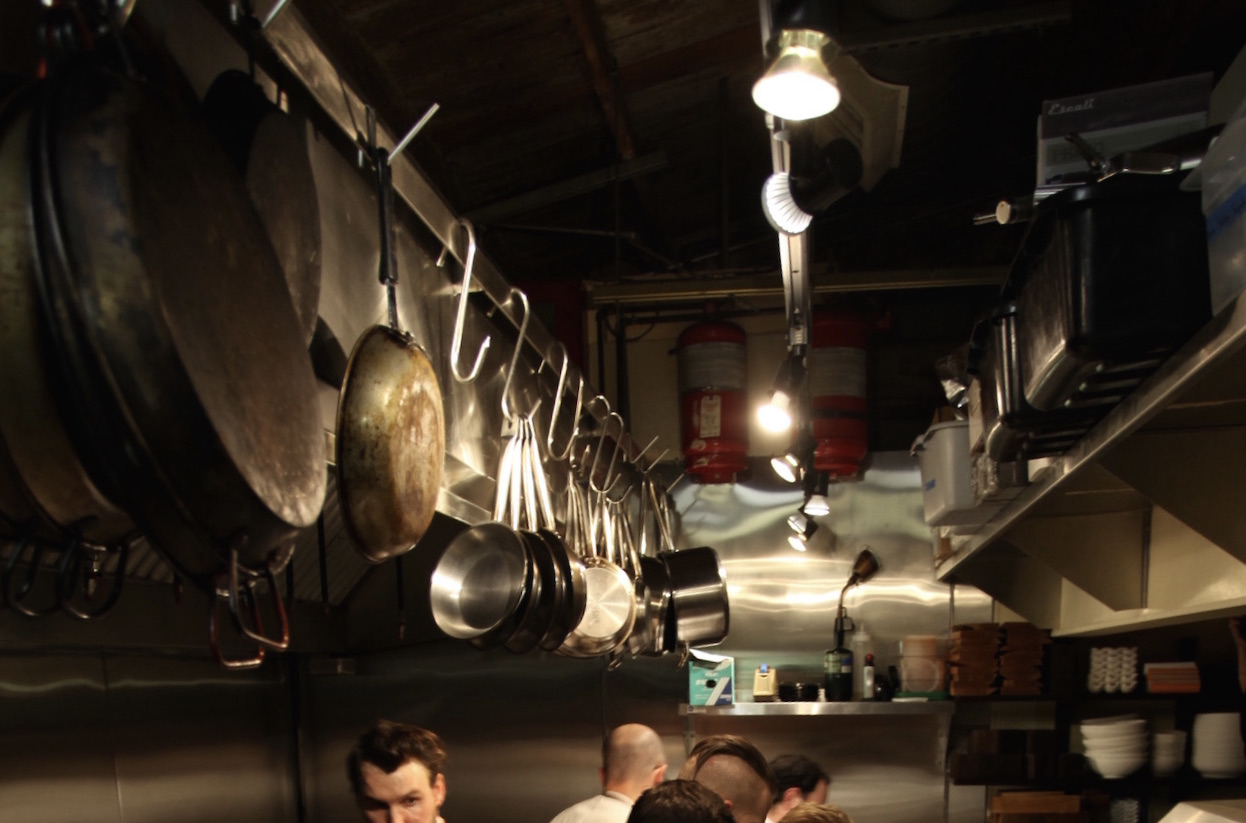 First things first: are you looking for work? Check out Scout’s Opportunity Knocks section. Things are really ramping up, and there are lots of hospitality jobs out there right now!

In case you missed it, there are some stellar seasonal sourdough pizzas coming out of the kitchen at Ubuntu, every Friday to Sunday night, courtesy of Pizza Boy Pizza (formerly Sweet Boy Creampuffs).

For your cool down radar: Gastown’s Birds & The Beets have slushies right now. Can’t have too many icy drinks right now!

Ready for a Taco Party? Top Rope Birra has released a full month’s worth of dates and locations. Don’t miss out on this delicious stuff!

Satisfy your itch to travel with a night of cold margaritas under the stars on Chupito’s patio (Tue-Fri 5pm-late and weekends 12pm to late). Current temperatures will only add to the authenticity.

Treat yourself to this beautiful Ukrainian Honey Cake from Kozak bakery on Victoria Drive across the street from Chau Veggie.

Listen up: the Chefs Table Society’s new episode of “Mis en Place” is all about Escoffier’s Big Idea, aka the restaurant brigade system. Fascinating that everyone in the hospitality trade should be versed in.

We also recently took a sneak peek inside of Granville Island’s Alimentaria Mexicana, an upcoming new eatery from the same crew that gave us Chancho and Fayuca.

Bide the time until international travel is safe again by sending your tastebuds on a delectable tour through France: tickets for St. Lawrence’s new July Provence-inspired dine-in and take-out menus are open.

This new low alcohol apéritif from Blue Grouse Estate looks like a great inspiration for summery cocktails and social gatherings.

Sip on this: Papi’s Seafood and Oyster Bar’s new eco-friendly patio and sustainable rum program is the first of its kind in Vancouver.

We really want to sink our teeth into The Ellis’ new summer menu.

When two of Vancouver’s most beloved fried chicken restaurants come together, you know the results are gonna be tasty. Get excited for Juke and DownLow’s three-day collaboration pop-up!

Going camping? Pack a few of Chambar’s “Into The Wild” heat-and-serve meals along for the ride.

Plan a trip to the Okanagan for one of Mission Hill Family Estate’s five new tasting experiences.

Thirsty? Brush up on recent beer news and drinking inspiration with the Beer Brief, Vol. 49.