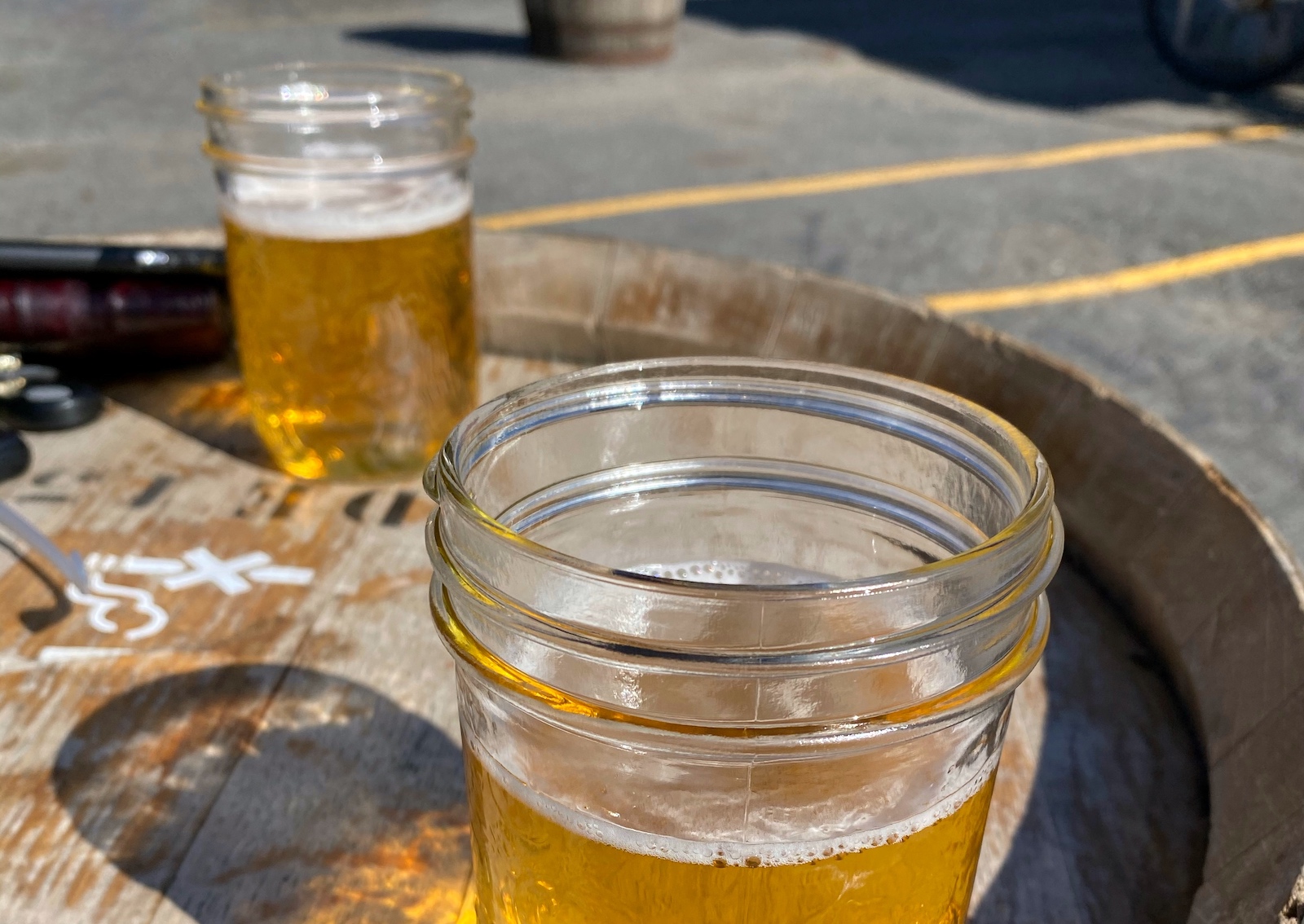 SHAKETOWN | Although the official opening of North Van’s self-described “Newest (and Oldest) Brewery”, Shaketown Brewing, is still TBA, we can quench our curiosity in the meantime with their inaugural beer: a pre-Prohibition-style lager. The first in their ‘Opening Act’ series, this one is light and unfiltered, with “a whisper of fruit and floral hops on the nose and a lingering herbal woodsy hop flavour that lingers through a clean, dry finish”. Sounds like a perfect summer picnic addition! Find out more details, including an updated list of where to get it, here.

BEER-ISH | In beer-adjacent news: Count on Strange Fellows Brewing to do the unexpected and venture into wine-making territory. “The Strangers” is their new line of wine-in-a-can, which saw its first couple of releases on May 7th. The Strangers roster begins with a Malbec and Merlot rose, and a white blend of Chardonnay, Viognier and Muscat. Both wines were created at the Strange Fellows brewery out of grapes that were grown by Poplar Grove in the Okanagan. Check out our first impressions here.

NOT BEER | Strange Fellows isn’t the only brewery veering off the beer path, though. Electric Bicycle Brewing has teamed up with Abbotsford’s Taves Estate Cidery on their refreshing new dry ‘Shop Cider’, now available from the brewery’s tasting room on East 4th Ave., and soon to be on the shelves of select liquor stores. Check out the eye-catching cans and get more details here.

SLUSH TIME | Winning major points for inventive beer serving style is North Van’s House of Funk Brewing Co., with their new lime lager beer slushie. (Warning: beer purists need not read any further.) For this special, they’ve elevated their HoF x Superflux collaboration ‘Maize Cerveza’ by mixing it up with some lime slush and topping it off with a tajin rim — looks and sounds like a vacation in a glass…

PEACHY POP UP | There’s a super sweet-sounding sour beer collaboration happening this month between Granville Island Brewing and Lee’s Donuts. To pair with and celebrate the launch of GIB’s first new limited summer beer release, a Peach Sour, Lee’s has created a special Peach Crumble donut for adventurous eaters. Both are available from the respective businesses all May long, as well as GIB’s upcoming Pop Up tasting event in Gastown, from May 14-24th. Bonus: Check out this promotion to potentially hook yourself up with a fried dough freebie, everyday until the end of May.

FRIDGE MAGNET | Speaking of beer-related snacks, The Magnet‘s line of prepared foods, ‘Fridge Magnet’, has recently expanded to include new goodies including mushroom pate, new ‘Perfect Little Pie’ flavours, sticky toffee pudding and buttermilk ice cream. (Just a guess, but combined with Brassneck’s ‘Bananas in Pajamas’ milkshake stout, the latter would probably make for a pretty mind-blowing beer-float!) Also on the menu: an epic one-of-everything type picnic spread called ‘The Dude Chilling Platter‘, perfect for sharing with your bubble al fresco, or gorging solo at home in your robe and undies. Find out more.

SPICE IT UP | If you love ginger as much as I do, then you’ll understand my excitement about the latest spicy can releases from Storm Brewing and Odd Society. First up from the former: a Jamaican Ginger Beer and Ginger Lemongrass Pilsner that are available as a four-pack mixer, from select stockists including Brewery Creek. And from the latter: although the East Van distillery’s draft-only Raspberry Ginger Beer has already come and gone, 4-packs of Odd Society’s regular Ginger Beer are still available – but for how long is hard to say. Good luck!

GLASSWARE | Looking for a way to make your at-home beer-drinking game a bit more interesting? Maybe it’s time for some new glassware. Dig these new colourfully illustrated ones from the Strathcona Beer Company, available to purchase from their tasting room.

PATIO CITY | While the restaurant drinking and dining situation remains in limbo, we’ve been working hard to compile a list of local patios to responsibly imbibe on, including those belonging to our local breweries. From East Van to Abbotsford, North Van to New West and Burnaby – check out our current rundown of twenty local brewery patios here and here. As an added bonus, we’ve enlisted a bunch of beer experts to give us their springtime beer recommendations and fave snacks to accompany them. Not ready to park yourself on a patio? No sweat. You can still show your support and hit up each of these spots for beer-to-go.