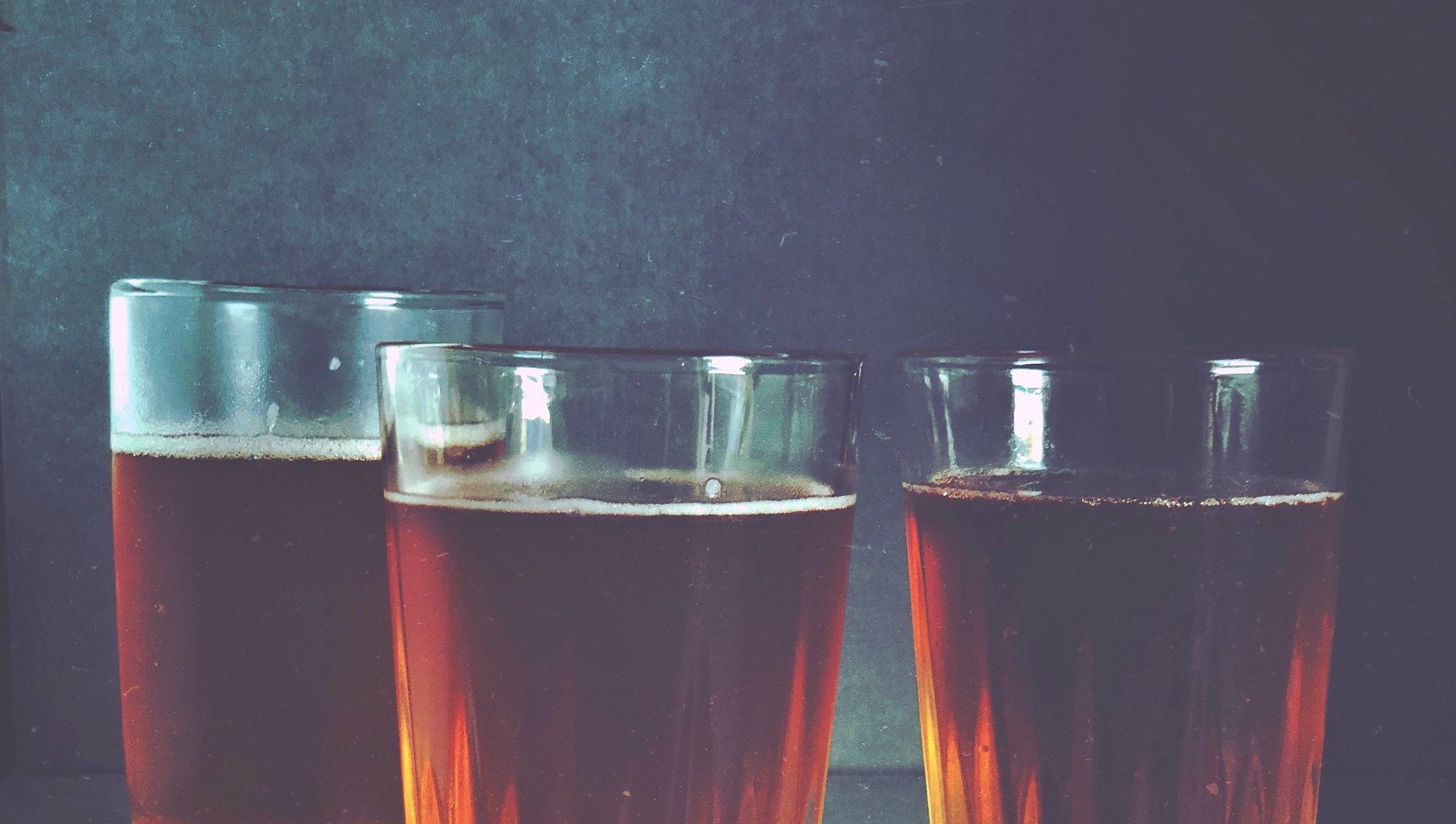 FOOD VAN | In case you missed it: ‘Fridge Magnet’ is The Magnet‘s new line of take-out food items that’s good-looking, brilliantly branded and delicious. Inspired by the Gastown restaurant’s menu of modern pub dishes, everything pairs beautifully with beer, and includes a variety of heat-at-home frozen savoury pies, plus fresh dips, a pot’ pickles, marinated olives, duck & pork shoulder rillette and more. Even better, it’s available to purchase in-person from Brassneck Brewery’s expanded take-out food menu, which also features Alibi Room faves like chicken wings and perogies, as well as TV Beer Dinners. Or, you can stay at home and order it via FoodVan (you guessed it: BeerVan’s food spinoff) which offers same-day delivery within Vancouver 7 days a week. Find out more.

NEW BEER ALERT | Attention limited-edition beer-seekers: tomorrow night (Wednesday, December 16) the Alibi Room is tapping the one and only keg of Boombox Brewing’s new ‘Hypersonic’ Double IPA. How’s that for motivation to get out of the house? They’ll also be selling 4-packs of the stuff to-go, if cracking a can on the couch is more within your comfort zone. Check out Alibi Room’s IG story to find out more.

POP UP | This week, Another Beer Company and Between 2 Buns are collaborating to temporarily revive the Chinatown restaurant formally known as Bestie for a special two-day burger and beer pop up. Space is super limited and, if B2B’s recent stint in the kitchen at Portland Craft is any indication, the line-up will be long, so show up early! Find out more.

6 YEARS | Strange Fellows Brewing is celebrating their sixth anniversary this week! Can you even imagine a Yeast Van without the art- and folklore-loving brewery in it? In lieu of the usual unusual birthday revelry, Brewmaster Iain Hill is hosting a virtual tasting on Friday evening for the special day, where you can sip along with him and pose your beer-related questions. Mixed 4-packs of the night’s featured beers are already available online and from the tasting room, including the ZOOM link you’ll need to attend. And while you’re shopping, we highly recommend picking up some spiffy new glassware to drink out of. Also, don’t forget to nip into the back for a COVID-friendly photo op with Christine Moulson’s life-size Krampus mural, currently rocking out in the Charles Clark Gallery for a limited time only! Find out more.

8 YEARS | Holy moly, Powell Street Brewery is now eight years old!? This year, the brewery is understandably feeling a bit nostalgic and have whipped up a small batch of their original Hopdemonium IPA to honour the occasion. The beer is available in limited quantities in tall cans from the Powell Street lounge and via their online shop. Find out more.

COLLAB | Limited edition festive beers abound this time of year, but one exciting and perhaps ‘anti’ new brew on our radar is Foamers Folly’s recently released ‘Jezibaba’ Absinthe Stout (6% ABV). The beer is a collaboration with Arbutus Distillery (Nanaimo), and was first brewed on lemon balm and mint leaves before being blended with Arbutus’ ‘BABA YAGA’ Absinthe. Guess is that few cans of this licorice-y goodness should have you flying high above the Christmas chaos in no time! And speaking of flying: Foamers Folly’s collaboration with Sky Helicopters could have you very literally soaring above it all for an hour this season. If helicopter flights plus beer flights sounds like a winning combo to you, and you’re sitting on some extra dough, then check out the extravagant ‘Craft Beer Holiday Gift Box’ here.

WIN BEER | Feeling lucky? There are a bunch of awesome beer-related giveaways going on right now from multiple Vancouver breweries. Here a few to try your luck at:

Container Brewing’s Xmas Crate giveaway includes two 4-packs, plus a handful of merchandise to dress up your beer-drinking game with. Contest closes Thursday, December 17th at 11:59pm. Find out more.

33 Acres Brewing is giving away a total of $1500 worth of gift certificates to three lucky beer-lovers, to be redeemed for anything from their tasting room, including merchandise and beer. Winners will be announced on Monday, December 21st. Find out more.

Andina Brewing Co recently launched a brand new food menu and they’re celebrating by hooking up one hungry and thirsty Vancouverite with a $50 gift certificate to try it out. Contest closes December 31st. Find out more.

BEER ATLAS | Looking to safely expand your beer-drinking radius? Try consulting Scout Magazine’s ever-growing ‘Craft Beer Atlas of Vancouver‘ for your next inspiration. The latest BC brewery to officially be entered into the Atlas is Ravens Brewing out in Abbotsford. Find out a bit more about the brewery and tasting room here.