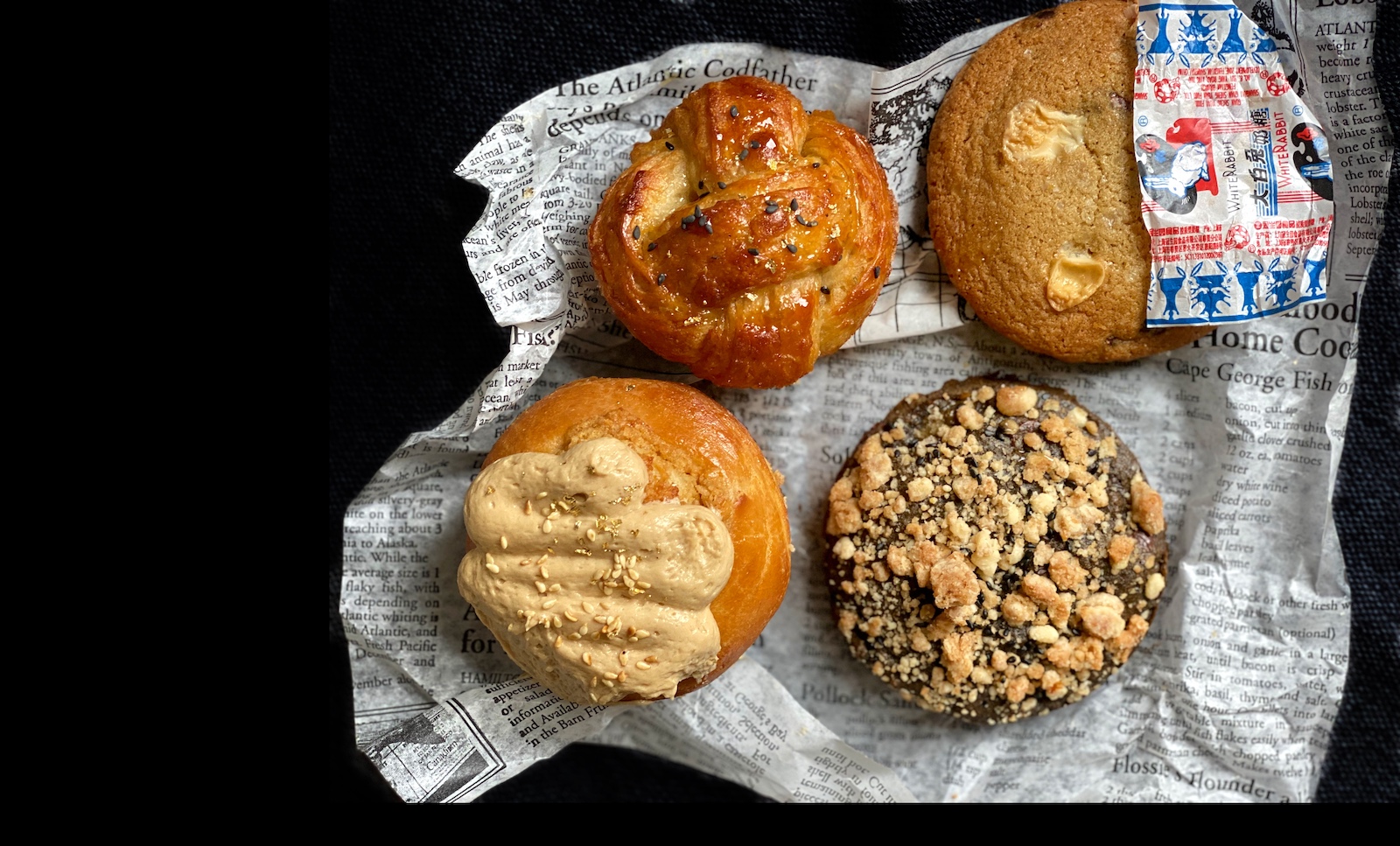 If you’ve been missing Yuji and Kumiko Aoki’s long gone Mogu food truck and its delicious karaage and katsu sandwiches you’ll be thrilled to know they’re back, having just opened their first ever brick and mortar restaurant on Commercial Drive.

Check out the new Kouign Café the next time you’re in Chinatown. Make sure you pick up one of their locally famous white rabbit cookies (half-hidden in the photo at top). Pro tip: they sell out, so you’ll want to aim to visit earlier in the day.

Hawksworth returns tonight after its private room had a brush with Covid. Our first pick of the place would be one of the newest items on the menu: this aged Yarrow Duck Breast with nectarines, chanterelle mushrooms and summer squash.

Going camping this weekend? Don’t forget to take along some of these  S’mores from East Van Roasters.

Not going camping? Bao Bei has a Korean Style Southern BBQ Kit that is perfect for backyard dining. Order in advance for pick up Sunday.

In case you missed it, Superflux Beer Company offers a euro-wienered hotdog that needs to meet your belly. Made with mortadella, lemon-zested mayo, pistachios, parmesan cheese and a corn ragout, it’s just one of those thing you need to try…

The Pie Shoppe has stone fruit on the mind right now, so get your peach, nectarine, plum and apricot pies while you can!

Dine Out Side continues this week. How about a bowl of chilled cucumber soup loaded with sidestripe shrimp, rye chips and dill on the patio at Boulevard?

Of the many dishes we’ve seen in recent days, this pork belly rice bowl from Pidgin has us salivating non-stop.

How about a nice plate of fettuccine with Saskatchewan chanterelle and rezha pepper rose sauce, sautéed chanterelles, cherry tomatoes, L’Ancetre organic parmesan and porcini gill bottarga? The Acorn has you covered.

Chef Angus An has brought his takeout-only ‘Freebird Chicken Shack’ operation to Kitsilano.

We said it last week, but we’re saying it again: Dinner service is back at Livia! Yes, there will be dividers, face masks, and zero contact service, but there will also be honest food, good wine and nice people. Grab a seat Friday-Sunday, 6pm-10pm.

Speaking of honest food, good wine and very nice people, Farmer’s Apprentice has extended their weekend dinner service hours. We can now eat a farm-to-table meal at this gem on Fridays and Saturdays between 5pm and 10pm.

Thinking about taking a wander along Kits Beach this weekend? Maybe you should also think about working a cold brew or coffee popsicle by Kits Beach Coffee into that wander.

Feeling a little fancy and want to treat yourself to something special? Botanist has reopened inside the Fairmont Pacific Rim.

Not feeling fancy? How about this Blood Eagle burger, which comes on pepperoni cheese bun at Jackalopes? (I don’t know, though…that still sounds kinda fancy in a Jackalopes sort of way…)

We’re smack in the middle of harvest time, which means it’s also time to squirrel away a little for later. Winter is going to roll around before we know it, so let’s pickle while we can!

How do you feel about restaurants announcing their own Covid-19 exposures via social media? Vote here.

Grab a beer this weekend, for ideas on where to do that, check out Scout’s Craft Beer Atlas of Vancouver.

Are you looking for work? Bookmark Scout’s Opportunity Knocks section and check it often. Previous
You Need to Try This Deliciously Balanced Mortadella Hot Dog on the Edge of Strathcona
Sep 3, 2020
Next
Yuwa Japanese Cuisine Adds New Seasonal Dishes for Dine-In and Take-Out
Sep 4, 2020