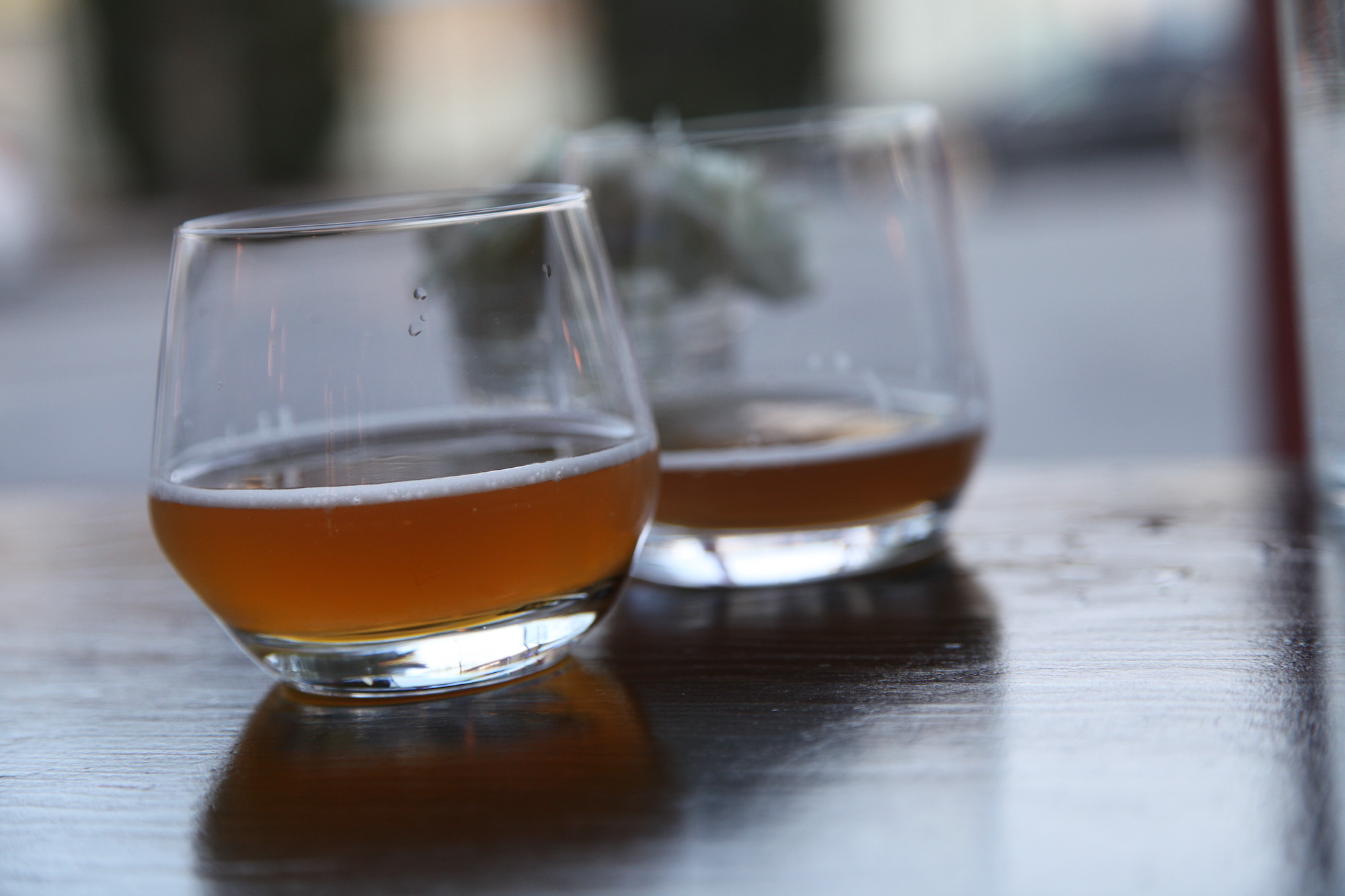 BELT IT OUT | This Saturday night is your opportunity to exorcise some inner and outer evil by joining in on the Setsubun festival-inspired good times with some lucky beer and karaoke at Strange Fellows. According to Japanese tradition, now is the time to say “so long” to the winter and welcome spring and good fortune (I don’t know about you, but I’m more than ready for that). There are many different interpretations of this tradition — most commonly, the throwing of beans — but if there’s a chance that belting out tunes will help get rid of the rain then let’s put up a good racket! BONUS: This Friday (Feb. 7) sees the launch of Strange Fellows’ brand new, highly anticipated collaboration beer with Brassneck. It’s a passionfruit saison called “Some Antics”. How appropriate is that?! Find out more.

TAP TAKEOVERS | On Friday, get down with some Sundown Beer by scheduling pints at Container Brewing, where the crew has been posted up as associate brewers since Container opened last year. This takeover is the first in a series of Sundown Friday events planned for 2020 so far, and will feature five beers: “Magnificent Mike” Hazy Pale Ale, “Gustav Can Ride Fast” Kolsch, “Boxcar v1.0” Tart Ale w/ Raspberries and Blackberries, plus two exclusive mystery beers. Find out more.

Plan on moseying on over to Main Street next Wednesday to get your fill of Driftwood beers. The Victoria brewery will be flowing from the taps at the Cascade Room from opening until it runs out. Take note that Cascade’s house band, the Super Sonic Hearts Band, will also be taking the stage later that night (7:30-9:30pm) and they tend to draw an audience – all the more reason to show up early!

BEER + FILM | This Sunday is the Oscars. If you’re still looking for a place to take in all the glamorous action as it unfolds, consider heading to Bells and Whistles. Fair warning, though: you probably want to get spiffed up yourself for the event, because attendees will have to strut the red carpet and face photogs before bellying up to the bar where your free popcorn and voting ballot will be waiting. BONUS: the person who guesses the most correct Oscar winners takes home half of the night’s pot, with the rest being donated to the BC Hospitality Foundation. If you’re not already up to snuff on the night’s nominees, then some movie nights are definitely in order this week!

BEER MINE | Attention beer-loving singles: The thoughtful people at Mariner Brewing are hosting a “Definitely Not a Valentine’s Day” celebration that’s aimed specifically for solo sippers. Beer cocktails, cheap beers, new batch brews and food specials designed for one will all be on offer throughout V-Day. Find out more.

BEER DINNER | The co-owner and brewmaster behind one of Montreal’s best breweries, Dieu Du Ciel, is paying a visit to Vancouver this month, armed with at least four exceptional brews. Jean-Francois Gravel’s inspiration is none other than a multi-course beer dinner at the Red Accordion, featuring Rosée D’hibiscus, Mega Moziaka NEIPA, Fun Fou Sour IPA and Aphro Vanilla Cocoa Stout, along with chef-prepared dishes to match. The Red Accordion will be capping the night off properly by tapping a special keg of the intense Imperial Coffee Stout, “Peche Mortel” – à votre santé! Find out more.

HOPWIRED | Get extra excited because it’s almost time to get doubly buzzed at the Hopwired beer and coffee festival on February 29th! With over 30 participating local and visiting breweries and roasters the roster is typically and impressively stacked. They’ll be serving up bottomless coffee and tons of exclusive collab beers, including the official festival brew, “Mean Muggin'”, which launched at a Sunday Service earlier in the month. The liquid love child of East Van’s Prototype Coffee and Nickel Brook Brewing from Ontario, this stout got its name for its hard-hitting flavours of dark chocolate and coffee (of course). Besides sipping and mingling, guests can also put some of that special “hopwired” feeling to productive use by honing in on one of the event’s four expert panel discussions, being broadcast live from the stage. Find out more.

ICYMI | If you’ve spent any amount of time at one of Nigel Springthorpe’s establishments (Alibi Room, Brassneck Brewery, The Magnet), then you’ve probably noticed some peculiar additions to the spaces. All of those quirks also have interesting backstories, including the seemingly innocuous art on the walls. On a recent visit to The Magnet, we queried about the paintings, which turned out to be not quite what they seemed… Read the full story here.

TAP TAKEOVER | If you’ve been keeping up with Vancouver’s latest brewery news, then you’ve definitely got wind about the newest Yeast Van addition, Container Brewing. Their beautifully designed space has gotten a lot of buzz, along with their beer. Although the former would be impossible to replicate, you can at least imagine you’re there by getting a taste of Container Brewing later this month, with just a short jaunt over to Smiths Pub. The Victoria bar will be hosting a tap takeover, with details still to be announced here.

BEER DINNER | Get friendly with some of the people behind two awesome Victoria breweries, Whistle Buoy Brewing and Canoe Brewpub, over an Island feast by getting yourself some tickets to Canoe’s upcoming Brewmaster Dinner Series event. The three course meal includes beer pairings, plus a pre-dinner greeting taster. Some topics of conversation on the table for the evening will likely include (but not be limited to): all the lovely locally and ethically harvested ingredients that make your beers and food so dang delicious. Find out more.

BEER SCHOOL | If this news doesn’t make you excited to get studious, then probably nothing will: VBW Beer School is almost in session! There’s less than a month left until the series kicks off its schedule with a 90 minute on-the-move history lesson around downtown Victoria, in memory of local beer historian, Greg Evans. Other topics include beer and food pairing, wild yeast fermentation, beer and coffee, and ancient ales. Find out more. March 7, 10, 11, 12 & 14 | Various times & places | $15-25 per class.