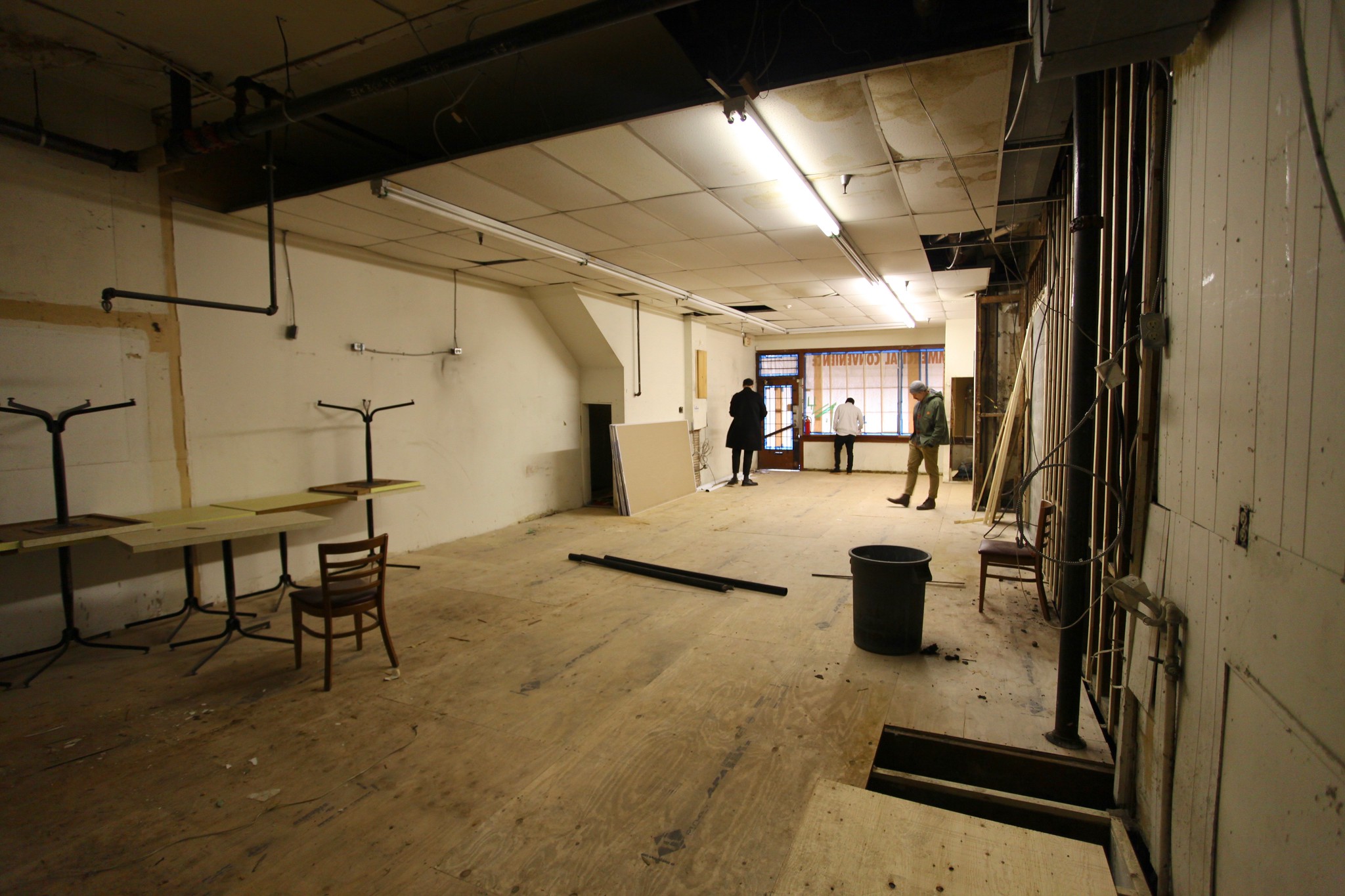 One Year Later, Remembering the Humble Beginnings of a Commercial Drive Cafe

For this week’s edition of #ThrowbackThursday we look back at the very beginnings of Caffe La Tana at 635 Commercial Drive as it celebrates its first anniversary.

On a not so pretty day in the early Spring of 2018 I toured what was until very recently the back of house of Nick’s Spaghetti House, the oldest restaurant in my neighbourhood. It felt a little weird, like I was trespassing through a church graveyard…while time travelling — a thrill for this old restaurant nerd. The differences between the dilapidated prep kitchen I was standing in and, say, the sparkly one at the new owners’ sister restaurant, Savio Volpe, were many, but there in the rundown gloom of the former was a palpable sense of history, an authentic patina of time and toil. I could feel it.

Through a 62-year span well over a million meals were started back there in the unromantic shadows, which wasn’t hard to imagine while standing in the dank, damp cold. Just think of all those decades of repetitive cooking (Nick’s menu was famously resistant to change); all those batches garlic bread and massive pots of red sauce. I wondered how many meals its under construction successor, Pepino’s Spaghetti House, would serve during its own run, which wouldn’t begin for another two and a half months.

As I was attempting those calculations in my head I was led by the project’s co-owner and designer, Craig Stanghetta, through a dark and narrow passageway that connected to the back of the neighbouring convenience store, a recently vacated space that would become Caffe La Tana later that year. I’m sure the same transition from the back of Pepino’s to the back of La Tana is very Narnia wardrobe-like today, but back then it was a little grim and filled with interesting artifacts of services past.

It was a fascinating thing to “draw back the curtain” of the address, to see the old bones up close. I’d never stood in the kitchens or seen the prep area in the back, or used the connecting passage between Nick’s and what used to be the Commercial Convenience Store next door (the future La Tana).

In the few months since they took possession, Stanghetta et al have discovered all sorts of cool service shrapnel, from ancient menus and steak “doneness” pins to a prep-sized, counter-mounted parmesan grater and the old rotating chit holder above the kitchen pass. If there were such a thing as Restaurant Archaeology, this would be a scheduled, Class “A” site worth digging.

The restaurant should be open as early as this June, but we might have to wait a little longer for Caffe La Tana next door, which is a total build out instead of a slight renovation. But I suspect it will be worth it. If Pepino’s mimics the New World nonchalance of Sardi’s in New York, La Tana will echo the conservative, traditional Old World and all the deliciousness we associate with it.

I don’t miss the convenience store. Though I used to buy smokes there back in the Late Cretaceous (I quit in the Pleistocene) and maybe the occasional pack of Twizzlers, I much prefer the fresh pasta, espresso and little Nipples of Venus-like donuts I can get now at La Tana. Long may it run!

The first gallery below sees shots taken from that first look. I’ve mixed them in with an early mood board and some first-run branding by Glasfurd & Walker. The second gallery shows La Tana on the eve of its launch.