Menu
Back to: A Look Back at the Candid Beginnings of Three Award-Winning New Restaurants
List Map

Como Taperia, Nowhere and Pluvio recently cracked the top five of Air Canada's 'Best New Restaurants' list. This is how they began...
Article 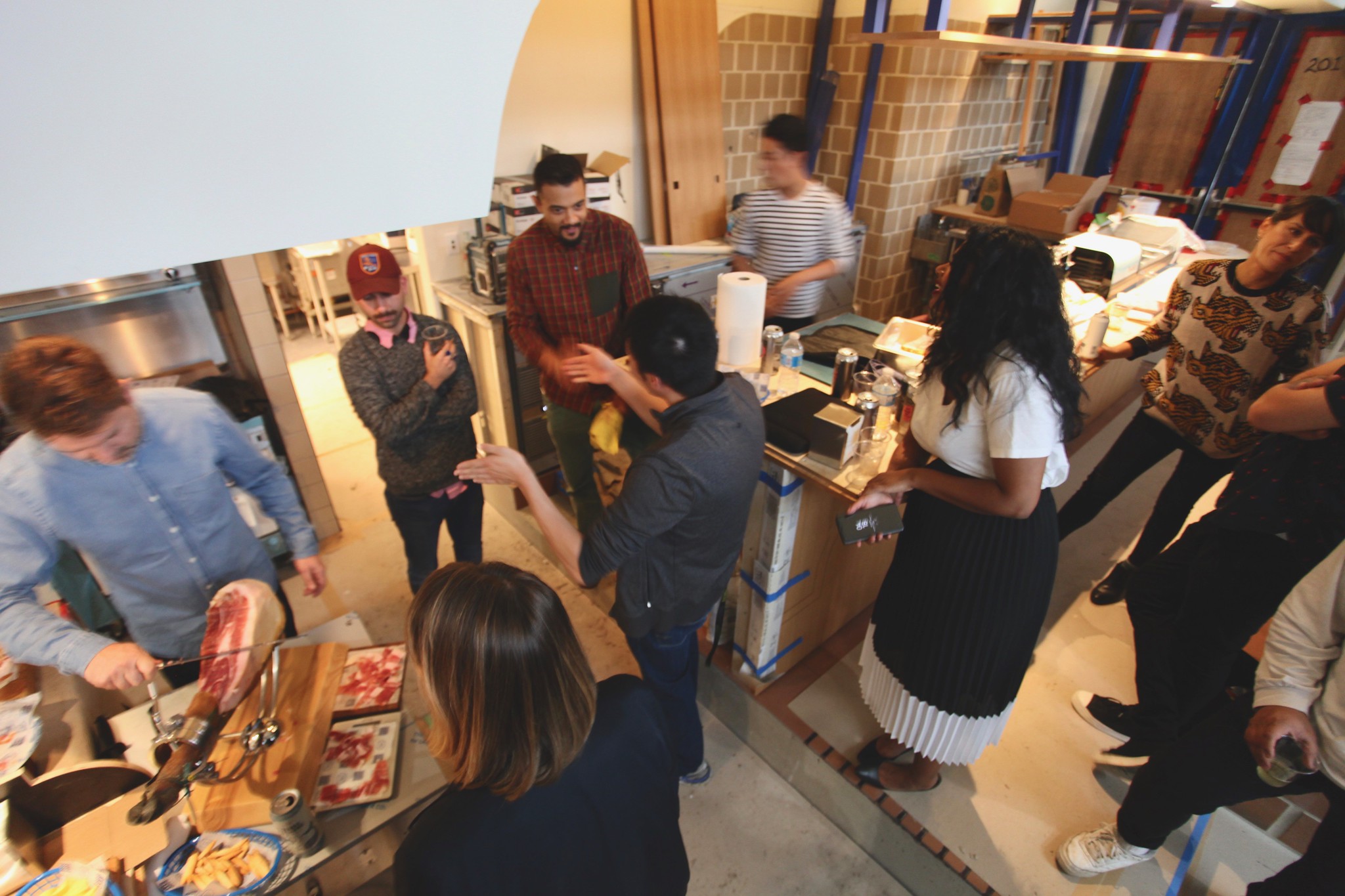 For this week’s edition of #ThrowbackThursday we look back at the beginnings of the three British Columbian restaurants that did us proud this month.

That’s a pretty sweet achievement for the West Coast – one that I’m proud to have played a tiny role in (I’m on the advisory panel that nominates restaurants) – so I thought it might be fun to take a look back at their very beginnings with a series of galleries. One of my favourite things about my job is watching restaurant projects evolve through construction to opening day.

This first gallery is of Como Taperia – a Spanish tapas restaurant in Mount Pleasant – exactly one year ago when the staff were being introduced to one another at a jamon demo and tasting (and you’re damn right I carved some myself). As you can see from the ladders, covered floor and scattered detritus, there was still a lot to do before launch…

This second one is of Nowhere – a sustainable seafood and veg-focused restaurant – in April, 2018 when it was still very much under construction. It’s now established and well known for being a bare bones restaurant, but not this bare bones. To see what it looks like now, check out these shots from opening week…

This third gallery is of remote Pluvio, which I visited with Michelle Sproule (who took the photos) just after it launched in April, 2019. The meal depicted still stands as one of the best one I’ve enjoyed (so far) this year. I swear if this restaurant was around the corner from my house I’d be at its kitchen bar at least twice a week…

If you want to check out each one (I implore you to), click on any of the map buttons below to find out more about each spot .