Kristin Lim looks ahead to see what good and interesting things are waiting for us in the local art scene.
Article 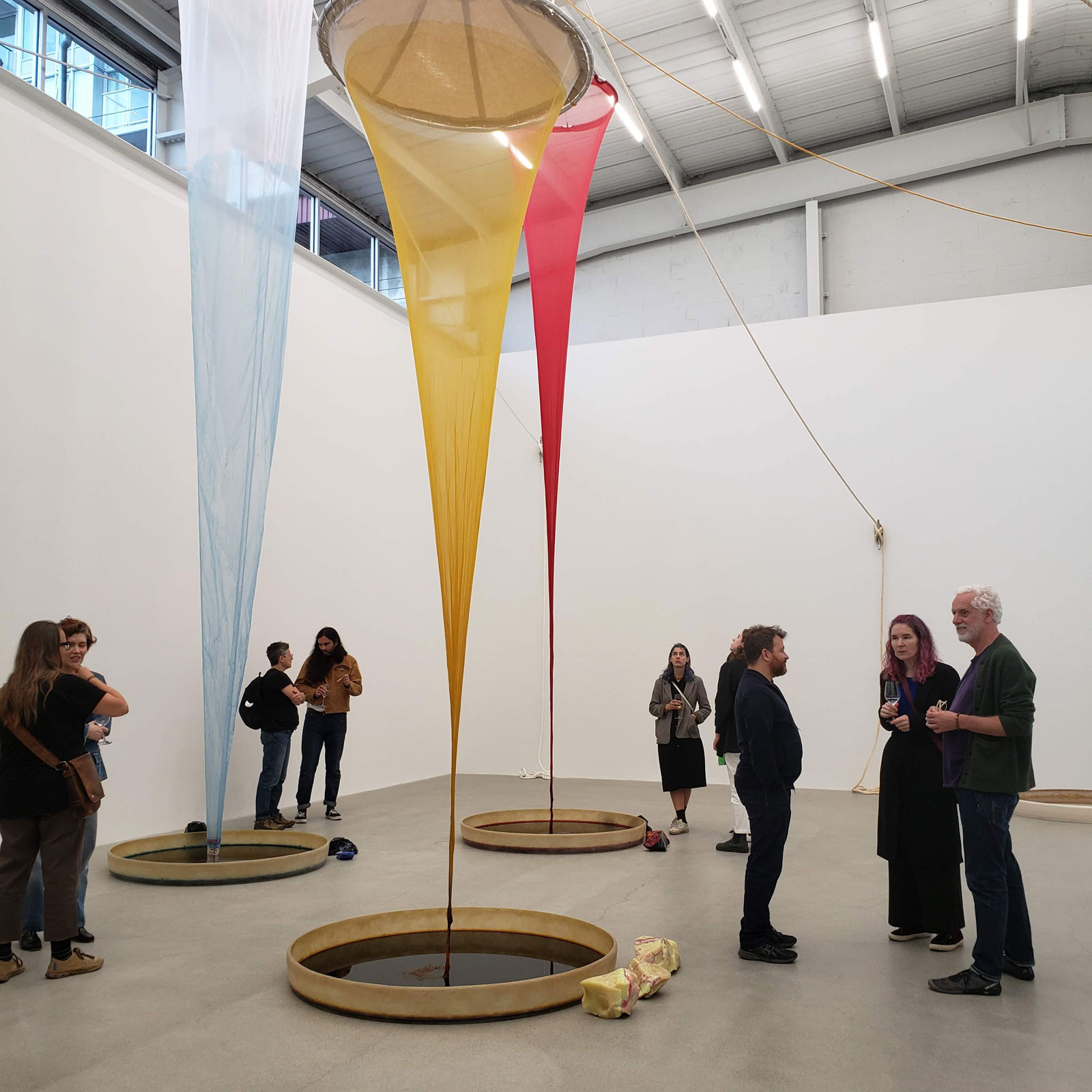 The next month is an exciting time in the local art scene with plenty of new and interesting openings that are well worth checking out. Make your way around to the different galleries using this map as your guide…

FRUITS | Delightfully fun, paintings of fruit, insects, plants, skittles, fruit loops by Jeff Hallbauer. These works are bright and colourful, using straight-out-of-the tube oil paints, and a drawing style that looks like the fat, felt marker tool you’d use to markup a photo on your phone. My favourite piece from the show would have to be Flower Girl.

FULL CIRCLE | An exhibition of new work that blurs the lines between painting and photography by Vancouver artist Evan Lee. The figurative oil paintings, based on the artist’s own photographs, are of everyday scenes, people and places around Vancouver. They’re bathed in an intense, warm, ochre light. The photographs alongside these paintings are printed on canvas, and enlarged making you question whether you’re looking at a photo or a painting.

THE UNDESIRABLES | A solo exhibition by Myfanwy MacLeod (she’s the artist who did The Birds in Olympic Village) of both realized and unrealized public art projects over the past 10 years. Viewed from the exterior as you walk into the building is an 12-foot tall sculpture of a donkey with severed legs, soon to be installed in Toronto.

CHRISTINA MACKIE | Stunning solo exhibition at Catriona Jeffries Gallery by London-based artist Christina Mackie. The exhibition comprises four works—a new, audio piece of recorded sounds of the nearby train crossing bells, broadcast in the gallery’s courtyard; a set of ceramic and textile wall sculptures; five wall-mounted panels; and the central work in the exhibition, Colour Drop, an installation of conical nets suspended from the ceiling, that have been dipped into pools of dye, and pulled back up. Absolutely stunning.

BLACK QUANTUM FUTURISM | A multi-disciplinary collaboration between artists Camae Ayewa and Rasheedah Phillips. While I haven’t seen this show in person yet, from the description, it’s definitely on my list. From the Western Front: “Through their videos, publications, collages, sculptures, performances, and discursive events, BQF engage in community-based projects that draw from quantum physics and Black/Afrodiasporic cultural traditions of consciousness, time, and space. For this exhibition, BQF will present a body of their recent work that questions how we can manipulate and collapse space-time in order to imagine, see, and make manifest future realities in the present.”

GREEN PIECE | A new series of photographs/paintings by Andrew Dadson is on view at Unit 17. Created over the summer in an empty lot, a stone’s throw from the gallery, Dadson’s large-scale photographs document his painting onto the site, the overgrown wild plants that temporarily flourish in this lot. Painting onto a few square-inch patches of clover, thistle, stems, leaves, grass, using biodegradable earth pigments in milky blues, reds, blacks, pinks, the landscape paintings have been photographed and enlarged. They remind us that nature will thrive without human interference. There’s a nice connection to the gallery these works are shown in, the proximity to their creation, and the bountiful edible garden behind the gallery.

BLUE CABIN | Next time you’re on the False Creek seawall, you might notice the Blue Cabin, moored at the Plaza of Nations Aquabus dock. The houseboat was originally built in 1927 by a Norwegian shipbuilder, and later was home to artists Al Neil and Carole Itter for 35 years, before they were evicted in 2014. Three local arts organizations (grunt gallery, Other Sights for Artists’ Projects, and C3 Creative Cultural Collaborations) came together to save the Blue Cabin, bringing it to its next phase—a floating artist residency. Over the summer, artist Germaine Koh and architect Marko Simcic built a fully sustainable, solar-powered deckhouse, to complement the Blue Cabin. In mid-September, the Blue Cabin welcomed its first visiting artist Vicky Couzens from Australia. Four more artist residencies, and accompanying community programs, are scheduled for the inaugural year, around weaving, language, and design. You can hop aboard for an Open Studio visit with Vicki Couzens on October 26th. And keep on the lookout for public events and programming at thebluecabin.ca. Previous
Here’s Your Chance to Learn About Wine and Spirits From a Vancouver Bar Stool
Oct 8, 2019
Next
Tractor Everyday Healthy Foods to Launch New Autumn Menu on Wednesday, October 16
Oct 9, 2019