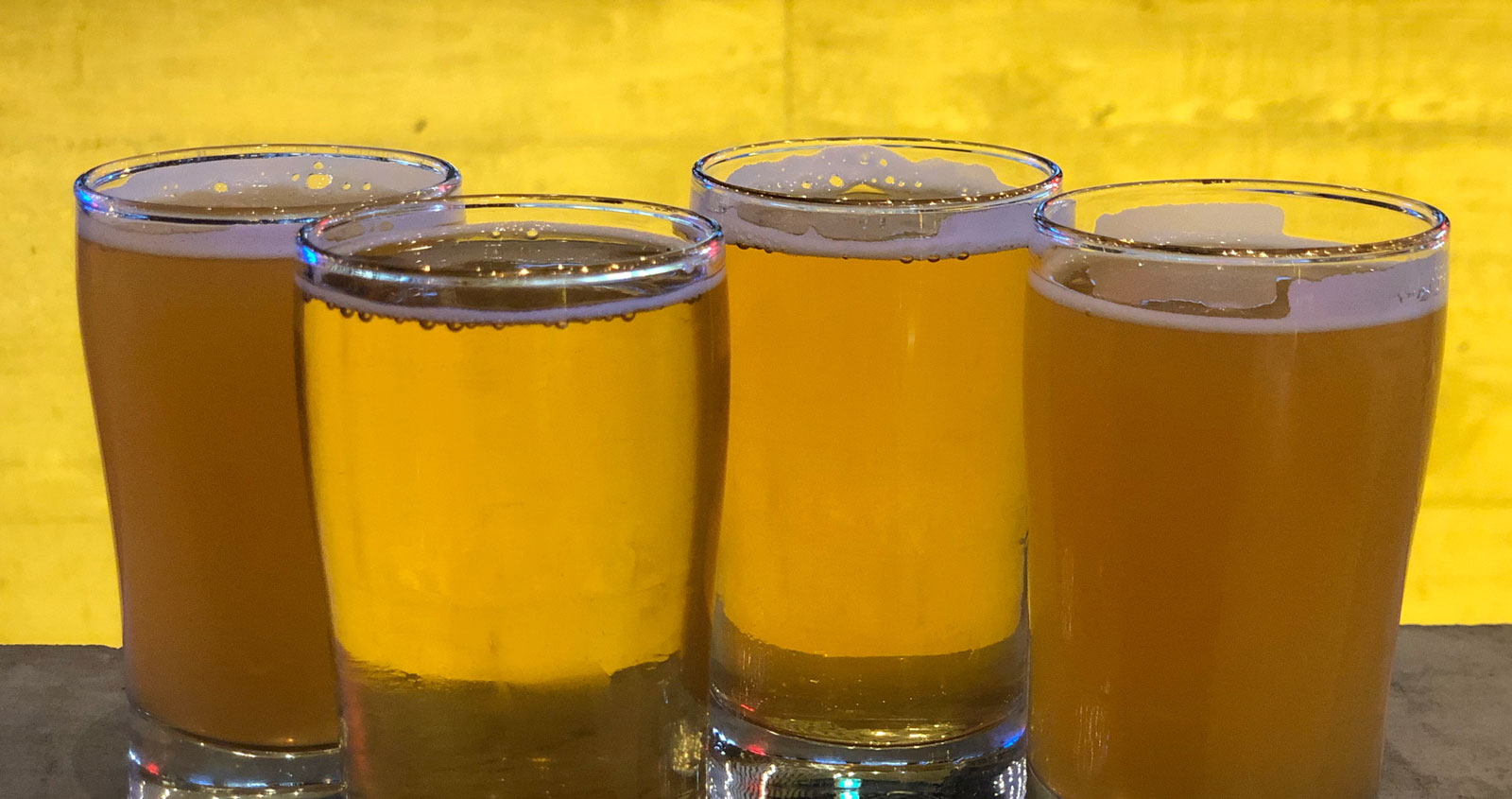 NEW BREWS | Though the highly anticipated Container Brewing isn’t open yet, they remain on our beer-dar with their recent Tap Takeover at Finfolk and their imminent participation in the Great Canadian Beer Festival over in Victoria. Even more attainable, last week they let their first two canned brews out into the world: “Origin” New England IPA and “Panamax” ESB. Get an eyeful of the cans here and then find out how to get them in hand by checking out the stockist list here.

BEER & DOGS | The BC SPCA Paws for a Cause fundraiser is coming up this weekend at seven locations around the province. What’s a charitable dog walk got to do with beer? The crew at Yellow Dog knows something about that: both take up valuable space in their hearts. If yours is equally occupied then consider joining the Yellow Dog team and helping reach their $1000 goal by heading directly here. The brewery is also hosting three of the Paws for a Cause festival’s beer gardens in Metro Vancouver, the Fraser Valley and the Tri-Cities.

TACOS & BEER | The following weekend marks another highly lauded relationship that’s worthy of its own special day: beer and tacos! The Fraser Valley Taco Fest will be serving up traditional and freestyle tacos, along with taco-themed entertainment (including a Hot Chilli Pepper Eating contest and a Tiny Taco Dog Beauty Pageant – both of which warrant a few brews). That brings us to the beers: Steamworks, Trading Post, VIB, Persephone, and Ravens Brewing are just a handful of notable breweries providing the day’s refreshment. Find out more.

GET WILD | On September 5th, Wildeye Brewing is taking wing from their home base in North Van and touching down in downtown Vancouver for their first ever tap takeover at Malone’s, dressed up with live music and giveaways (details). Then, if you like what you taste, consider planning a special trip to the North Van brewery and sitting down for a special seafood and beer dinner collaboration with Big Shucker and Salt & Earth catering. Tickets for that can be found here.

STORM | Sad news for Vancouver’s beer legacy: after a quarter decade of making weird brews, Storm Brewing recently announced that its lease will officially end in summer 2021. From thereon the future is sketchy for this OG East Van sour brewery. In the meantime, however, Storm is pulling all the stops to give beer-drinkers as many reasons to drink ’em up as possible. This month alone they’re throwing three parties, kicking off this weekend with a classic Loading Dock 25th anniversary party including Storm specialties like beer ice cream floats and special beer “brainstorms” (details). Next up, they’re collaborating with Alibi Room for a super intimate (45 seat) sour beer tasting with brewer James Walton (details); followed by a proper ticketed anniversary event at the 15th Field Artillery Regiment (keep an eye on the event page here for developments as they come together).

BEER CON | The dorkiest beer event of 2019 is happening on October 17th and 18th at the Harbour Convention Centre. The BC Craft Brewers Conference is a two day event focusing on the brainier aspects of the brewing industry, with industry pros speaking on topics such as the technicalities of canning, branding strategies, brewery management and finances, with breaks for more traditional beer-related fun including a BBQ Dinner and after hours musical Mingler. Check out the full schedule here. If drinking with beer nerds is more up your alley, there’s also a Conference Afterparty that’s sure to be a blast. Public ticket sales for that go live on September 15th. Find out more.

BEER & BRUNCH | Unsurprisingly, tickets to the annual BC Beer Awards are already all sold out. However, there are still spots available for the post-event Brewers Brunch at Brewhall. There are no hangover or BC Beer Awards prerequisites to fill up at this morning after breakfast buffet. And, if you can stomach it and/or didn’t get enough at the event itself, the Brewhall beer board will also be full of the BCBA Judges Choice Tap Takeover brews. Tickets here.

OKTOBERFEST | Seriously, can someone please officially change the month of “October” to “Oktobeer”? Here are a handful of justifiable reasons for my argument via a handful of upcoming and notable events happening around Vancouver and Abbotsford that pay homage to Germany’s (arguably) largest local influence…

Oktoberfest is returning to the Fraserhood’s favourite sports bar for its full length from September 21st to October 6th. Popping up for a sophomore run at Bells and Whistles, the festivity is going to be absolutely wünderbar with a special Bavarian inspired menu that’s got everything from warm pretzels to enormous platters and taps including local interpretations of classic German styles alongside must-have imports. “Prost!” to seventeen days of schnitzel and pilsner! Find out more.

Parallel 49 Brewing is also undergoing a transformation in honour of the German holiday’s official kick-off. On September 21st it’s going to be South American Street Kitchen in the front and German Polka party in the back, when the warehouse behind the brewery is enlivened with a live Polka band to jig to; plus, traditional German snacks, cheap beers and more. More info here.

For a more wholesome but still entirely delicious Oktoberfest celebration, do-si-do on down to CRAFT for a special Oktoberfest Brewmaster’s Dinner on September 24th that pairs German beers with a five course meal featuring local ingredients. Hook yourself up by heading here.

Oktoberfest at the race track? Sounds pretty great to me! The ticket price includes all sorts of exclusive goodies, like a commemorative stein, a seat at the races and exclusive access to the ‘Wine Haus’ (cheese and wine) and ‘German Haus’ (music, beer and brats!) Tickets here.

For one day only on October 5th you can raise a sudsy stein-full in Abbotsford during a German inspired celebration at Trading Post. Over two ticketed sessions, four local breweries – Brassneck, Steel & Oak, Four Winds and Field House – will be pouring some polka-inducing beers to accompany an Oktoberfest-themed smorgasbord. Get tickets for that here.