Menu
Back to: On the Road in Jamaica, Gathering All the Rum
List Map

On the Road in Jamaica, Gathering All the Rum

Scout travels to Kingston and Cockpit Country to learn all about the delicious versatility of Jamaican rum.
Article 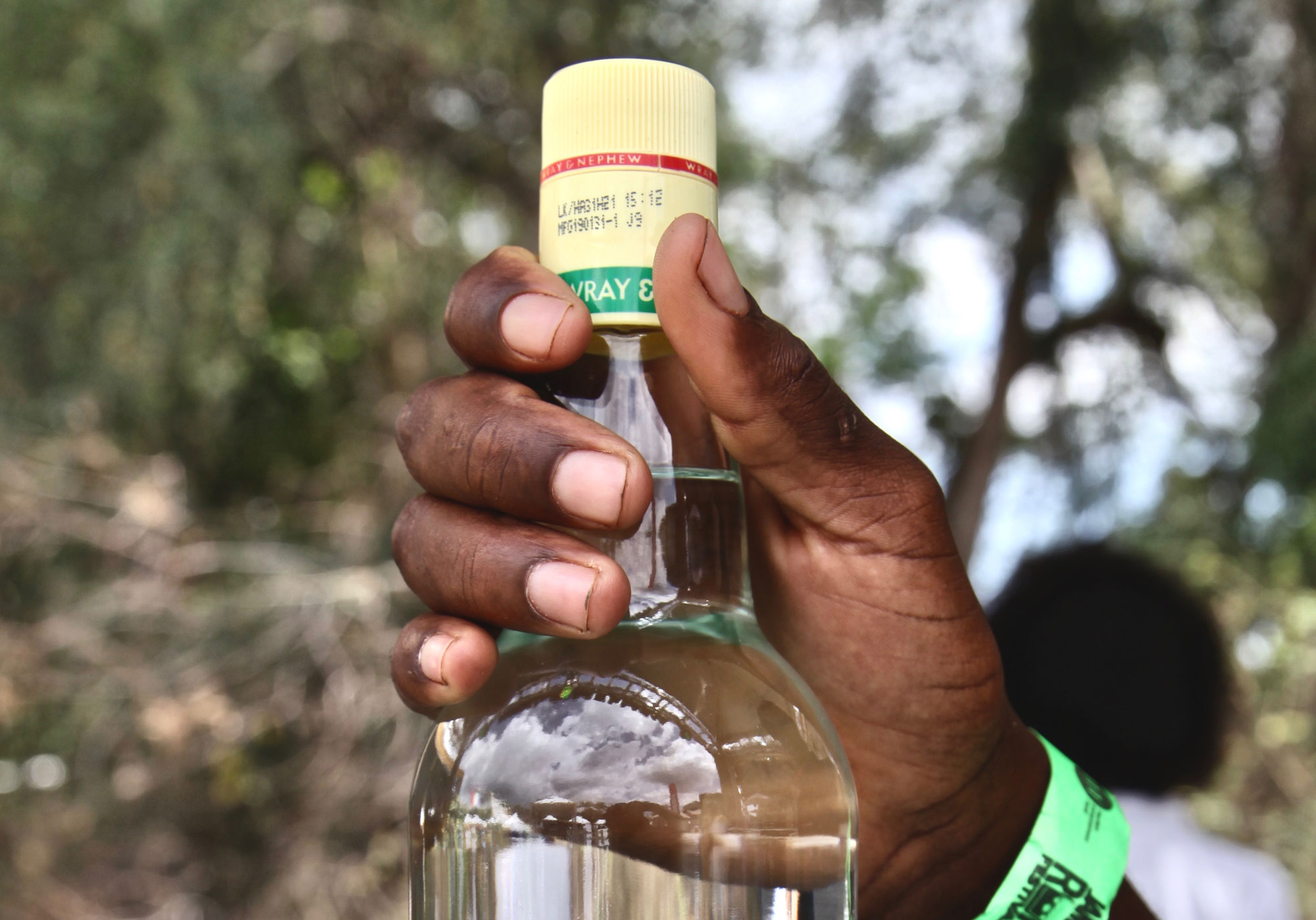 On the Road in Jamaica, Gathering All the Rum

Sir Isaac Newton believed secrets would only ever be revealed through a process of pure learning. I feel the same about rum. I know whisky well enough – having collected the stuff for many years – and gin, Camus having introduced it to me in high school as “the sole glimmer in this darkness”, but the vast diversity of rum was entirely new, and thus an unexpected revelation.

It happened earlier this year in Kingston, Jamaica with a small group of travel journalists headquartered at the Courtleigh Hotel near the six-acre Emancipation Park (with its famously well-endowed bronze by local artist Laura Facey). The trip – just my second to the Caribbean country – was all about flavour. It reintroduced me to the Blue Mountains’ unique coffees (this time at the impossibly beautiful Craighton Coffee Estate); the fierce palate-bruisings of Ting soda pop (where can I find this in Vancouver?); the varying intensity of the island’s jerk-spiced meats; the Jamaican patty war for local hearts and minds that sets fast food chain Tastee (better crust) against its Juici competitor (better fillings); and formally introduced me to Jamaican rum.

I’ve given a lot of thought as to how the stuff escaped me. When I used to tend bar in my late adolescence, rum only ever appeared in extremes, either as a boozy accelerant to cola or in some cruelly complicated tiki drink from the 1940s (for which I’d have to locate the recipe in an ancient workhorse of a cocktail book so soaked in decades worth of over-pours that it would burst into flames if you slid a match across its stained spine). In my University years overseas, the spirit often came up as a commodity in the 18th century triangular system of trade that sent cash crops, slaves and manufactured goods between Africa, the New World, and the colonial powers of Europe. I learned of it as a staple in the diet of Royal Navy seamen (a daily ration until 1970) and as a liquid fetish among all manner of swashbuckling ne’er-do-wells. Consequently it always seemed a cheaply farcical thing to drink, like a prop in a cosplayer’s outfit. Yo-ho-ho and a bottle of yawn.

But there I was in Kingston, falling in love with it, one sip at a time in the House Punch on the fabulous terrace of the 1924 Terra Nova hotel; overproofed with carbonated Ting on the lush, hummingbird-buzzed patio of the locavore EITS Cafe; in an especially boozy cocktail in the noisy, crowded dark of the Truck Stop Grill. I was taken by its oiliness, its varying proofs, oakiness and degrees of brown sugar sweetness, its heat, its vanilla licks and, in general, its high ester peacockiness. Whether bottled by Appleton, Coruba, Rattray, Hampden or Wrap & Nephew, Jamaican rum’s versatility was quickly making an evangelist out of me.

The trip coincided with the Caribbean country’s first ever Jamaica Rum Festival, a big to-do in the city’s impossibly green Hope Gardens, which had been carved out the vast estate granted to Major Richard Hope in 1655 after his defeat of the Spanish. The various palms and Blue Mahoe trees – loud with the confused protestations of grackles, yellow-billed parrots and olive-throated parakeets – provided some shade from the sauna-like heat of midday, but inside a large tent I found air-conditioning (such as it was), more rum, and not a little learning.

A series of lectures sent me further down the Newtonian path toward rum enlightenment. The first – on the history of Jamaican rum and how it has influenced the cocktail world – was delivered with signature charm and authority by Global Rum Ambassador and famed London barman, Ian Burrell. He navigated those gathered back to the mid-century Tiki cocktail explosion and the many recipes that called specifically for Jamaican rum, like Trader Vic’s 1944 Mai Tai, the Nui Nui, the Navy Grog, and the 1934 Zombie. I had no idea it had been so fundamental in the development of the genre.

Then came Appleton Estate’s Senior Blender David Morrison, who spoke convincingly on pairing food with rum as volunteers doled out plates of curried goat and sips of citrus-soured rum punch. Later, his boss, Master Blender Joy Spence, would delve deep into the art of distilling and blending, detailing the processes by which sugarcane became the spirit in hand. It’s this kind of information that subtly serves the palate, building a framework of fact and context upon which I can hang taste and opinion.

This education – fortified by tastes of many other locals rums – coalesced with a drive halfway across the island, past the cane fields skirting the Santa Cruz mountains with their limestone mining scars, past the towns of Four Paths and Mandeville to the hilly and wild Cockpit Country and the 11,000 acres that make up Appleton Estate. Here, as we toured the ‘cane to cup’ facility and literally drank in its history (Appleton is the country’s oldest distillery, having been founded in 1749), it was as if I’d found Willy Wonka’s golden ticket. I tasted the raw cane juice and the dark molasses, inhaled the dunder (the liquid left in a boiler after distillation) and enjoyed the cool respite of the demonstration barrel room (I was told Appleton has – at any one time – nearly a quarter million barrels of rum aging in warehouses in and around Kingston).

Jamaica keeps revealing itself in deliciously fascinating pieces. Immediately upon returning home I started a rum collection, sought out the old Tiki books, and began riffing on classic recipes. The more I study and sip, however, the more I know I have to go back. As with any education worth having, it never really ends. We recently joined Dan and his family for a crabbing adventure and feast on the beach at Birch Bay in Washington.

What to Eat, See, Do in Seattle Right Now

We researched the delicious daylights out of Seattle to give you this mapped-out autumn guide to the Emerald City.

Road Tripping the Okanagan in September

If you’re heading up to the Okanagan for an adventure in September, here are some fresh things that should be on your radar...