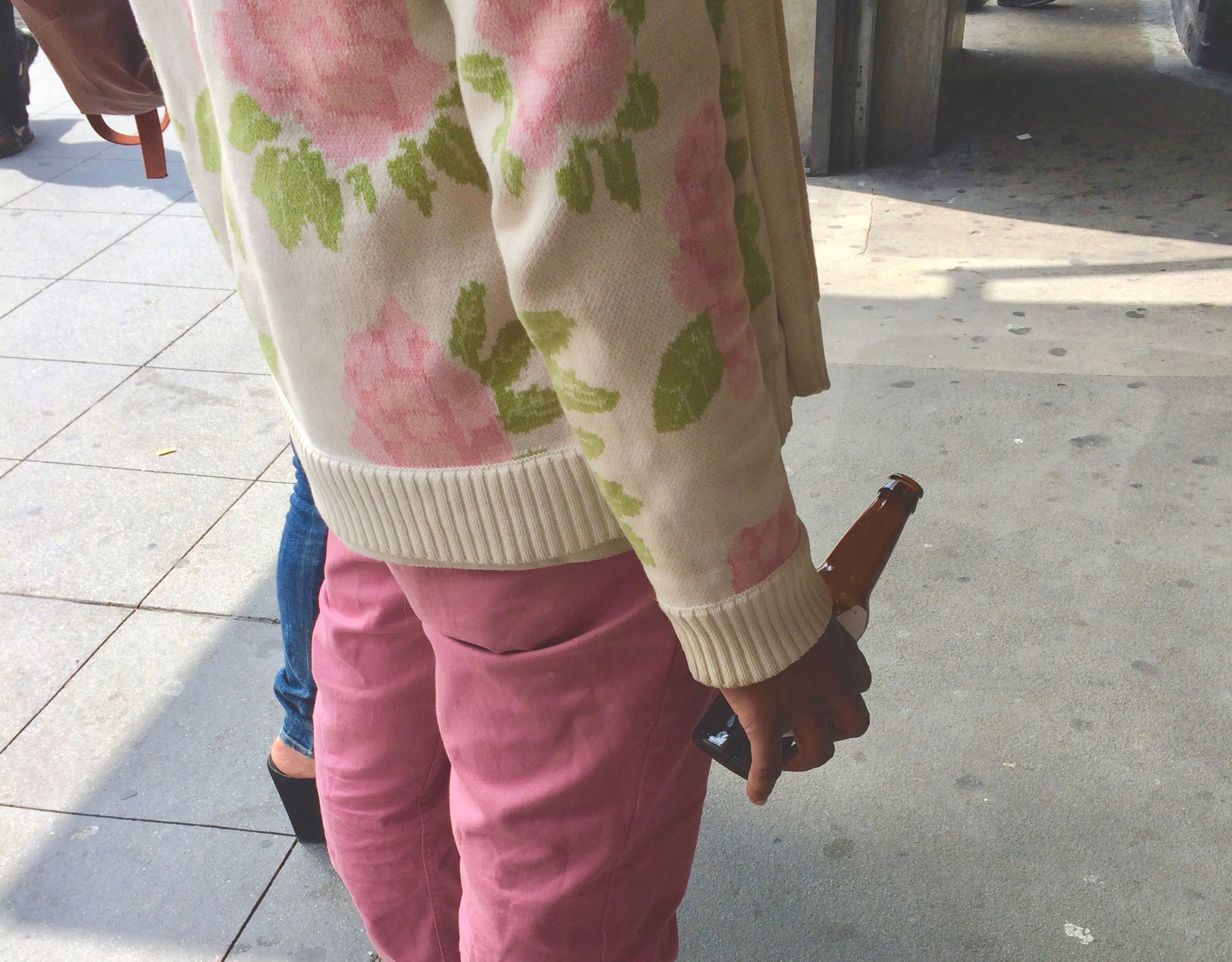 SPELLING BEE-RS | Beer nerds can get doubly buzzed by heading to Strange Fellows Brewing on May 25th for their latest Strange Days Celebration: the Strange Spelling Bee. Whether you’re an exhibitionist, nostalgist, simply love language, have an unrealized grade school spelling dream or just want to check out the, erm, ‘action’ – this is the place to bee! I dunno about you, but I’m already positively humming with excitement. Bonus: Registration is free – and fruitful because participants get a complimentary beer – and you can do that here.

BEERS & BURLESQUE | If you’re looking for a different and more stimulating beer pairing experience, this Brit-themed variety show should be a fun one to check out. On June 6th, local burlesque dance troupe The Ladybirds will be providing some Flower Power-themed entertainment to accompany your pints. The evening has two parts – a ticketed sit-down variety show and a more casual (and risqué) late night performance – so you can choose your speed or keep the night going! More details and tickets are available here.

GET TEMPORAL | Temporal Artisan Ales is celebrating a big milestone this June: their first anniversary! For the occasion, Temporal will be taking over four taps at Luppolo’s tasting room (they share space with the brewery), pouring new blends in flights and full pours, with a couple brand new fruited varieties. Also available will be a bunch of new merch and at least a couple of new bottle releases, one of which will be limited to only 150 bottles! Details are still being sorted out, but be sure to save the date and keep your eye on Instagram for updates as they develop.

COMEDY + MSB | Here’s some exercise we can appreciate: engage your beer belly and drinking muscles with a night of laughing and cheap beer at Our Town Cafe on June 1st. The Mount Pleasant coffee shop kicked off its new monthly standup comedy night on May 2nd, in partnership with Main Street Brewing and hosted by local comedian Colin Sharp. Each upcoming month will continue to feature a rotating line up of touring comedians from BC and further afield – May’s inaugural talent included Aaron Read, Julie Kim, Abdul Aziz, Ross Dauk, and Emily Bilton – with the June headliners still to be announced. Get your tickets here.

BEER + MUSIC | There’s a super cool-sounding beer and music event happening at the Railway Stage & Beer Cafe next week (May 16th). Based out of Hamilton, Ontario, Collective Arts Brewing will be launching their BC Musician Series with a showcase of four specially chosen BC bands who submitted to their Winter Call for BC Musicians. The musical artists in this first series are Alexandria Maillot, Douse, The Faceplants, and The Jins. In addition to getting to perform as part of the night’s roster, each of these bands will also be getting their music and album artwork featured on a limited edition series of Jam Up the Mash Dry Hopped Sour which will also be released mid-May. Get more details and tickets here.

BEER + MEAT | Attention carnivorous beer-drinkers: From May 31st to June 2nd, Granville Island’s Oyama Sausage Co. will be celebrating Vancouver Craft Beer Week with a selection of meats featuring local craft beers. Some offerings to stoke your appetite and grill include Beer Brats, Craft Beer Ham, Craft Beer Salami and Dark Beer Chorizo. Although the good grilling and picnicking days are just beginning, these special sausages will be limited so we suggest stocking up!

FINFOLK | As if its cheeky name wasn’t enough inspiration for this cynic, we think that Finfolk‘s beer list and West Coast and Nordic-inspired fare definitely warrant a stop on an upcoming Yeast Van tour. The quaint Scandinavian eatery opened this March, within easy walking distance of Parallel 49, Callister, Storm and Powell Street breweries. So far, Finfolk boasts a chalkboard of rotating beer taps from such local breweries as Field House, Backcountry and Twin Sails, to enjoy along with a changing food menu including a Valhalla Platter (piled high charcuterie board), Sawmill Bay oysters and pizza specials (the recent double-whammy feature – a smoked oyster pizza – definitely peaked our curiosity). For the beer curious, there’s even a “Baeser” cocktail that’s a spin on a Caesar but with, you guessed it, beer. As of now, Finfolk is only open on the weekends (Friday through Sunday) so plan ahead because we’re sure this little spot fills up quickly.

TORCHLIGHT | Although the Vancouver Cherry Blossom festival has officially ended and the blooms are quickly wilting, lucky beer and sakura lovers can extend the season a bit longer by getting hold of some of Torchlight Brewing‘s Sakura Cherry Blossom Gose. Flavoured with pickled cherry blossoms, this beer is nuanced and full of depth while also being extremely drinkable – which is no big deal since it clocks in at only 4.5%. When last we checked, the stuff was still flowing from the Nelson brewery’s taps and some tall cans were in stock at Broadway Liquor Store but, just like the flower, supplies are limited and the opportunity to get a taste before next April is fleeting…

BEER ISLAND | The City of Vancouver has recently gone to great pains repairing and pruning False Creek’s Habitat Island aka “Beer Island“. Yahoo! In time for prime outdoor drinking, the island has been cleared for safety and reopened to its wildlife and the party animal inhabitants that have anointed it with its pseudonym. While we’re definitely not condoning any sort of sacrilegious or otherwise disrespectful behaviour towards the various species that call the manmade peninsula home, we’re definitely looking forward to enjoying the spruced up island setting while enjoying some tasty beers. Just a block away, Legacy Liquor Store is a no-brainer pre-island pit stop for their amazing expanded selection of chilled single tall cans. Previous
What Canadian Weather Reports Once Looked Like
May 9, 2019
Next
Camilo Romero Does ‘The Dishes’
May 9, 2019