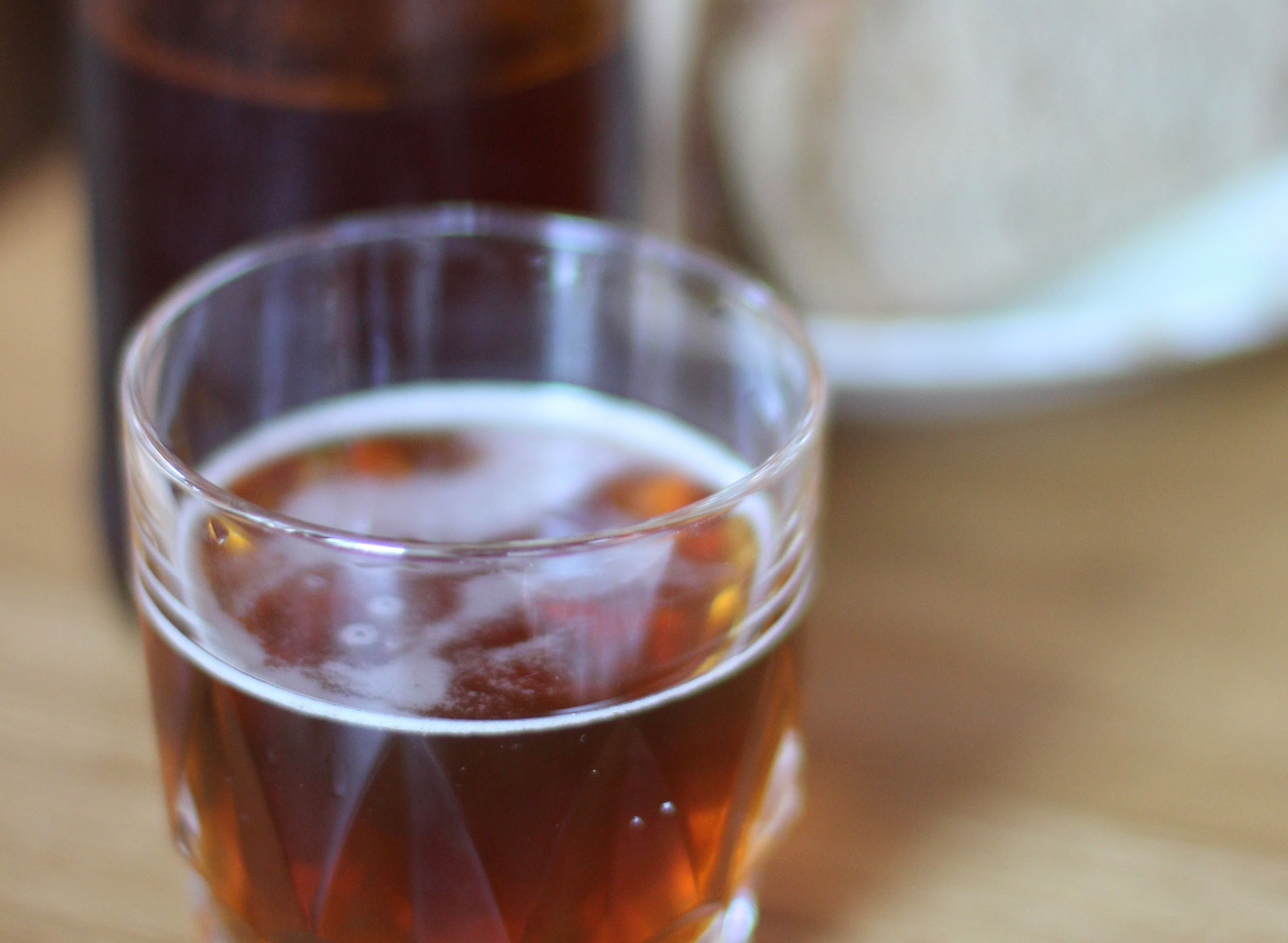 MTB TALKS | If you work in the food and beverage industry then take note that our local mental health and harassment resource group, Mind the Bar, is hosting their first ever MTB Talks event on April 29th at the Charles Bar. This is an industry-inclusive night so everyone is welcome to attend regardless of whether they work FOH or BOH, or of your personal experience with the issues on the table. It’s a great opportunity to listen to what the experts (a small, curated panel of mental health professionals and F&B industry vets) have to say. Join in on the conversation and show support for your peers and the amazing local MTB crew who have been providing invaluable support to the industry for the past year (approximately). Find out more.

LET’S GOSE | The latest news from the passionate people at Hastings-Sunrise’s High Point liquor store is a new beer collaboration with their neighbours at the Strathcona Beer Company. “Here We Gose Again” is a low ABV (4%) rhubarb and strawberry fruit beer that sounds like the perfect park accompaniment for the sunny days ahead. (It’s also High Point’s sophomore follow up to their “First Kick at the Can” West Coast Pale Ale, made in collaboration with R&B Brewing earlier this year.) Head to the Strathcona brewery on May 2nd for the official release party including, “The perfect combo to get you loosey-(gose)y” SBC style – aka beer, music and plenty of pizza. Attendance is free with your RSVP, which you can do here.

BREW LOVE | Spring and beer both have a natural way of bringing couples together, and the people at Granville Island Brewing are capitalizing on this by hosting their own speed dating-style night at the brewery’s tasting room on April 27th. The $15 cost of admission includes a bit of alcoholic lubrication (three 5oz tasters of beer), some snacks and a “hosted speed dating experience.” Find out more.

PUPPIES + PINTS | Love dogs and beer? Then head to Brewers Row on May 11th to show your puppy love (har har) with your canine-friendly peers and the good people of Moody Ales at their “Puppies + Pints” event (11am – 3pm). For those feeling ready to take that love to the next (and more responsible) level, CAARE Rescue and Uptown Dawg have carefully selected a litter of puppies who will be up for adoption for the day. Regardless of your level of commitment, though, there will be loads of fun and entertainment to be had, including live music (beginning at 3pm) and beer, beer, beer!

RARE BREWS & BBQ | This time of year, where there’s smoke…there’s beer and BBQ! That’s how we know it’s not too early to look forward to this year’s Rare Brews & BBQ event on June 1st. Tickets for the 7th annual beer and grill festival kick off at 10am on April 29th. The big change up this year is that the event has been expanded to two four-hour sessions: one at 11am for the lunch-loving beer crowd, and a second starting at 4pm. Regardless of the time of day you can rely on over 30 unique and limited edition BC-brewed beers and a super tasty food spread, hot off the Darby’s grill. Start stretching your stomachs and preparing your livers now…Find out more.

GET FUNKY | Tickets for the 2019 Farmhouse Saison and Wild Ale Festival went on sale on April 12th. This year marks half a decade of day-long devotion (and drinking, obviously) to the funkiest, wildest and spiciest beers. The big change-up this year is that the cost of admission now includes all of the tasters that you can finagle. One thing that we don’t count on changing is that Farmhouse Fest tickets will sell out long in advance. This is undoubtedly one of the city’s biggest, most attended and talked about beer festivals. Fortunately for those who miss out on the big day, organizers and affiliates have clued in and we’re guessing that there will be a solid roster of satellite celebrations around the city during the weekend. Keep tuned for more info on that. In the meantime, thirsty beer-drinkers can get more details at their official website and secure tickets via their eventbrite page.

BIRTHDAY BEERS | A big shout out to Boombox Brewing, who celebrated their three year anniversary earlier this month on April 11th with a shindig at the Eastside Boxing Club. Although the party may be long over, you can still relive the occasion (available at Parallel 49 Brewing while supplies last) by shotgunning some cans of their Full Limit IPA anniversary beer. Cheers to many more!

BIRTHDAY BASH | Things are going to get groovy in Mount Pleasant on May 4th when Electric Bicycle Brewing celebrates their first anniversary with a free back alley birthday party. Since you only turn 1 once, the brewery has enlisted the people at Public Disco to take this party to the next level. To wit, there will be two beer gardens, DJs spinning non-stop music, BBQ, special beer releases, live painting and dancing (duh!) Plan on staying late for the afterparty in the tasting room.

MUSIC + BEER | While we’re on the topic of music and beer, the pairing came together recently in our Definitive Records column with a “Musical Joyride” with The Parkside Brewery’s co-owner, Sam Payne. Read his picks here.

FROM THE FIELD(HOUSE) | Since its inception, Abbotsford’s Field House Brewing has truly been farming the way for the industry by aiming to be completely self-sustainable with their beer and food production. Well, not only is the hard work paying off – they recently released Edition #01 of The Farmland Series, a Field Pilsner using their own Field House Farms barley crop and Canada’s first patented hop, also grown in Abbotsford – but it’s also been documented on film. Chiliwack based film studio Inmist worked with the Field House crew to create a short film about the farm’s growth and future plans, with the hopes that their story so far will inspire some game-changing conversations reaching across the community, from the people working on the land to the restaurants serving the finished products. Public screenings of the film are still in the works but, in the meantime, you can check out the trailer here.