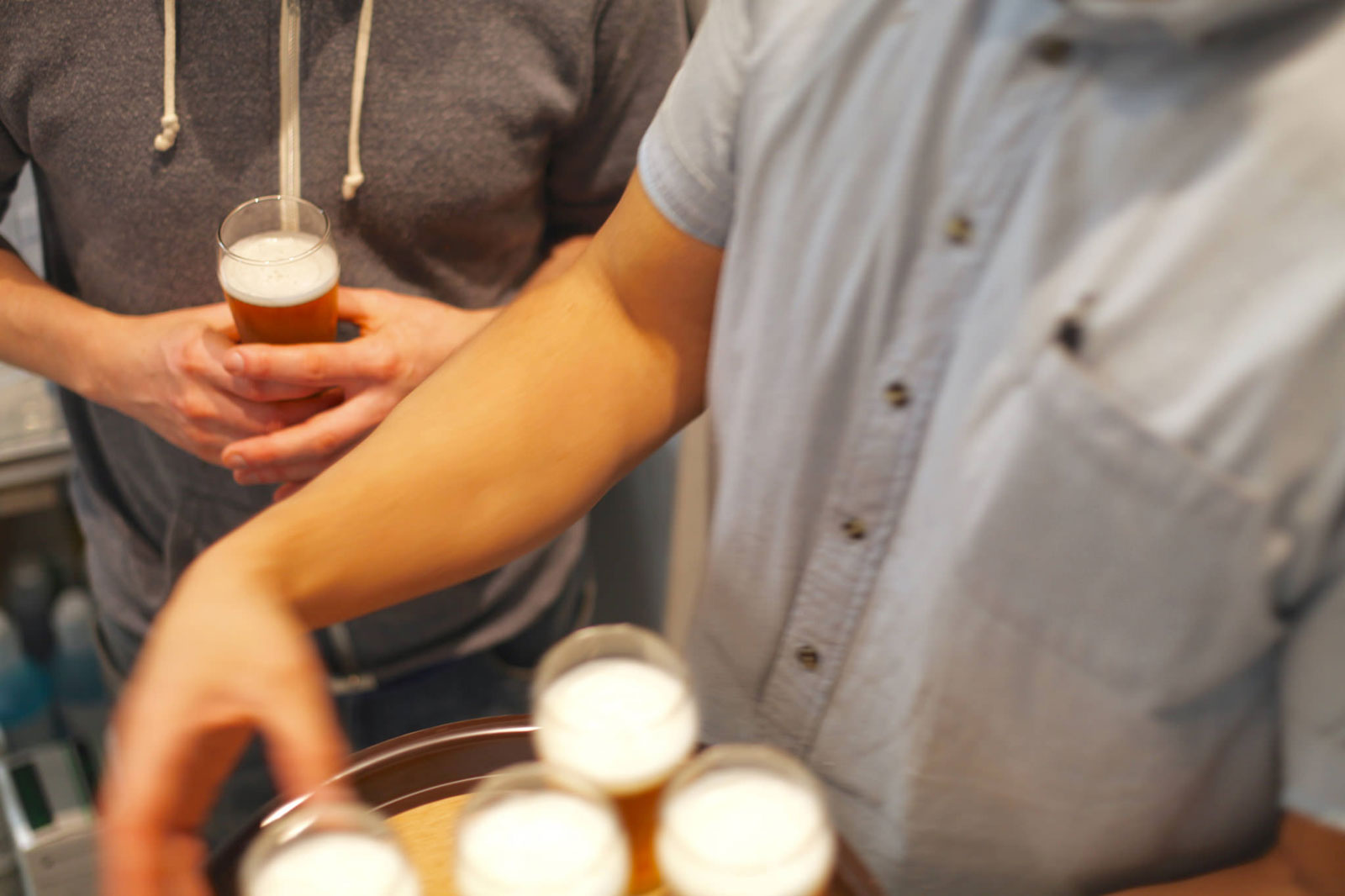 WOMEN’S DAY | This Friday is International Women’s Day and for their second ‘Parkside Comedy Night’ (Thursday, March 7th) The Parkside Brewery in Port Moody has assembled a roster of seriously funny female comedians in honour of the day. Even better, a dollar from every pint sold will be donated to the Tri-Cities Transitions charity, which supports women and children who are victims of family violence and abuse. Find out more.

MORE WOMEN’S DAY | New Westminster’s Steel & Oak Brewing recently announced this year’s beer release in honour of International Women’s Day (March 8th). The brew was created by the S&O’s talented women crew members and is called Talanoa. Via Steel & Oak: “Tanaloa was conditioned on black currant puree and rosemary. Pouring a striking bright rose colour from the black currant, Talanoa has aromatic notes of fresh gooseberry, passionfruit and floral qualities of carnations and roses. A sweet earthy taste with a hint of rosemary and pine, Talanoa was fermented with an American Ale yeast so it finishes clean and fruity.” Partial proceeds of sales from this beer will be donated to the Kettle Society, which provides services to people living with mental illness in order to help them lead healthier lives. The official launch party and fundraiser goes down at the Sapperton District Taphouse on March 7th, with bottles available for purchase at S&O the same day. Tanaloa will be shipping out to various BC liquor stores the following week. Don’t miss out on raising a bottle of this limited edition beer to all of the amazing women in your life and the world!

CHOCOLATE + BEER | The 6th Annual Chocolate and Beer Tasting fundraising event for the Parkinson Society of BC is happening at Moody Ales on March 10th. On the menu are six beer and chocolate pairings, with the latter being supplied by Roberts Creek’s handcrafted bean to bar chocolate company, Take a Fancy. Although advance online tickets are already sold out, an additional 15-20 tickets will be made available at the door. Availability beyond that is also dependent on how many non-event drinkers decide to post up in the brewery. Tip: if the weekend forecast for sun and warmth is correct, then the odds of extra tickets opening up will be improved since some Moody-goers will likely be sitting outside on the patio. Tickets are also more likely to become available mid-way through the tasting, closer to 5pm. Good luck! Find out more.

NOW OPEN | Sing Sing Beer Bar recently launched on Main Street. The latest addition to Mt. Pleasant’s drinking and dining scene is a Donnelly Group off-shoot that occupies the old Kiso Island address next to the 12th Avenue Chevron station (on the same block as Burdock & Co. and Lucy’s Diner). The tiger branding is super slick and the modern interior is unrecognizable from its dark and divey past. I especially dig the neon-lit window assemblage of crushed beer cans. The menu sees an odd mix of pizzas and pho bolstered by a very respectable craft beer list.

OPENING SOON | The latest brewery to lay foundation in Yeast Van is Container Brewing. Co-founder Dan Webster recently informed us of his plans for Container, which is slated to start filling beer accounts in the spring (April or May), with their tasting lounge tentatively opening in the summer. Get our early impressions of Container’s beer and space (still in its very early phases of construction) here.

DRINK & KART | Main Street’s Cascade Room is hosting a couple of fun beer-fuelled Mario Kart nights in March. The projection screen set-up will go down in the stage area of the restaurant from 7pm until 10pm. Depending on the night, you can either take the virtual wheel yourself (Monday, March 11th) while sipping delicious beers from a bunch of local breweries, or sit back and imbibe while cheering on a bunch of beer-making aficionados from Steel & Oak, Parkside, Yellow Dog and Old Yale as they try their hands at the beloved racing game for a Brewery Battle (Wednesday, March 27th). Either way, it’s sure to be a wild ride!

HOT GLASS COLD BEER | One of the most exciting and interesting beer-related events – the Terminal City Glass’ beer glassblowing workshop and tasting night – is happening on April 27th. Eight local breweries and one meadery will be pouring over 15 brews at this year’s 6th annual Hot Glass Cold Beer, which will be tasting even better since you’ll be sipping on them from your very own unique handblown tasting glass designed and produced by Cameron Dougherty, Jeff Martin, and Cathy Beaumont. The night’s entertainment will include live professional glassblowing demonstrations and a DJ. We’re letting you know early because tickets are limited to only 125 and are (rightfully) expected to sell out early. Find out more and get your tickets ASAP here.

A STORM-Y SITUATION | Storm Brewing has been experiencing some serious turbulence lately. With the end of their 25 year lease on their Commercial Drive warehouse looming, founder James Walton recently found out that the building has been sold and they will be forced out. It’s a big blow for the legendary craft brewery, which has been operating in Yeast Van since 1994. Besides finding a new, affordable space, they will also have to make some big decisions and probably even revamp their entire business strategy. Find out more about the current situation and the ominous future for our beloved beer neighbourhood by checking out Storm founder James Walton’s recent interview on the CBC here, as well as a recent Global News piece featuring Storm Brewing here. Previous
Dominion Cider Is Looking For a Cider-Loving Sales Rep in the Lower Mainland
Mar 7, 2019
Next
Ancora Announces Special Dinner Paired With the Wines of Portugal
Mar 7, 2019