A succinct, bulleted briefing on beer-related news and imminent events (mapped for your crawling pleasure by Thalia Stopa).
Article 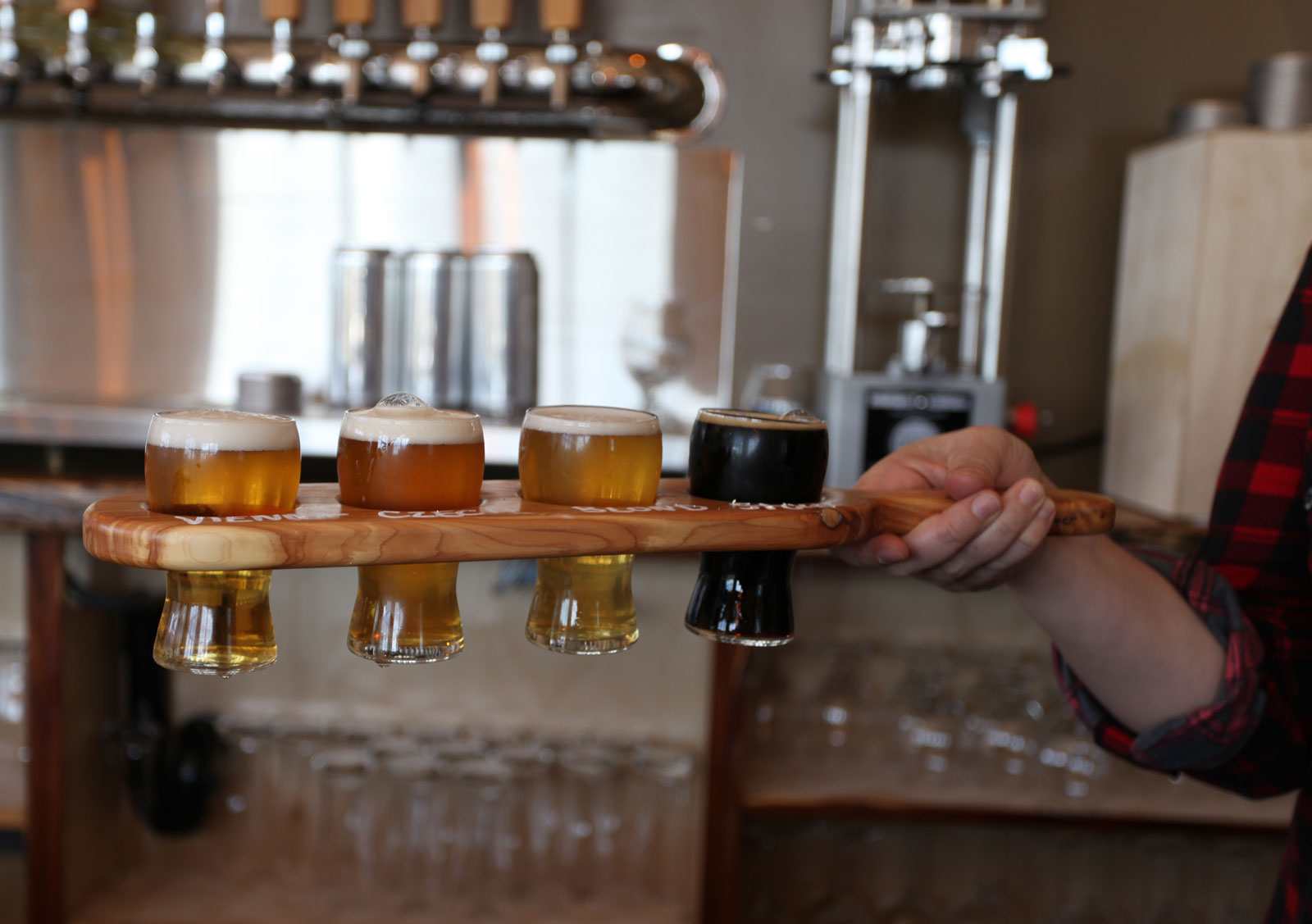 BEER + SHIBARI | There’s a super cool and unusual-sounding pairing going down at The Beaumont Studios this Thursday night that’s been organized by Art x Craft – a group of locals dedicated to showcasing local artisans doing an assortment of neat things around Vancouver. Their first event featured Luppolo Brewing along with a special guest blacksmith. This second instalment in the series will bring together Coal Harbour Brewing’s head brewer Thomas Batty and rope bondage expert George Barkas. Ticket prices include all the up close and personal wisdom and action, plus two beers. Get yours here.

CANNOLI COLLAB | Word on Brassneck’s Instagram is there’s a three-way collaboration brewing between them, Superflux and Portland’s Gigantic Brewing. The beer is a dessert-inspired one, featuring…cannolis. Sounds interesting, right? Even more intriguing is that the mash was apparently loaded up with these traditional Italian pastries. We can’t wait until this one’s on tap!

GET GAMING | Get in touch with your inner big kid by heading to Twin Sails Tuesday nights for the return of their video game nights. The Port Moody brewery’s game schedule for the remainder of November includes Mario Kart Double Dash, Street Fighter 3, Smash Bros. Melee and NHL (year TBA). Testing your muscle memory while crushing some tasty beers sounds like a great winter activity, don’t you think?

MORE TWIN SAILS | Speaking of Twin Sails, we’ve got another great excuse to make a day trip out to Brewery Row this month. On Saturday, November 10th, the brewery turns three years old! In the days leading up to the event they’ll be posting information on the special birthday beer releases they have planned, via Instagram. Currently what we know for certain is that there will be plenty of food – think tacos and fried chicken sandwiches – as well as live music and DJs. Thank goodness for the Evergreen Line, since we definitely won’t be holding back at this day-long shindig!

CHEERS | November is apparently a big month for beery birthdays…Luppolo turned two years old on November 3rd, with Twin Sails (see above) slated to celebrate their anniversary a week later. Next up, on November 14th, is CRAFT Beer Market’s five-year milestone. The Olympic Village restaurant and bar is commemorating half a decade since they moved into the Salt Building with a “Cheers to 5 Years” party. For the evening there will be live entertainment, free beer samples and snacks, special birthday beers on tap and a big ol’ birthday cake. Tickets are just $5 to attend, with full proceeds going towards the St.Vincent de Paul Society. Get yours here. Then, two days later on November 16th, Strathcona Beer Company will be celebrating their 2nd anniversary with the release of a special birthday Triple IPA. Details on that are still to come…

MILK RUN | November 8th is the opening reception for the new art installation at the Charles Clark gallery (inside Strange Fellows Brewing). Milk Run is the title of the new collection of paintings by Klee Larsen, which will be adorning the gallery walls until the end of the month. Bonus: the gallery-slash-brewery is conveniently located within the imminent Eastside Culture Crawl’s boundaries. Check out Larsen’s Instagram feed for more info.

POWELL STREET | Wintertime’s condensed daylight hours call for some equally dense and dark beers. Powell Street’s new “VICES” Bourbon Coffee Stout is just the thing to hit the spot anytime of day. Right now the stout is available canned, on tap and for growler fills at the brewery and tasting room. Tall cans of the new brew hit liquor stores on November 5th.

RADLER | If you need a break from all of those heavy brews, Strathcona Brewing has you covered. Their latest seasonal radler is a cranberry version of the “Beach” mandarin juice summer radler called “Crispy” and it’s equal parts a satisfying winter refreshment and tasty summer throwback. Bonus: The Winter radler is currently on tap at the new Tacofino Ocho location in Mount Pleasant, if you want to get serious about some summertime escapism by pairing it with some cod tacos or chips and dips.

HAPPY HOUR | There always seems to be something fresh happening at Four Winds Brewing. The latest exciting news: the Delta beer destination has started up a new Thursday Happy Hour promotion. Every Thursday the brewery will be offering $4 sleeves from 5pm until closing time. We’ll definitely be seeing you there!

GET HAWKIN’ | On Saturday, November 17th the Hawkers Market is back for an epic day-long event of art, music, eating and drinking. Besides the line-up of chefs, distillers, and cider houses involved, there’s also a stacked selection of local BC brewers, including guests from Abbotsford and North Van. The eight breweries serving up beer to fuel the festivities are 33 Acres, Four Winds, Faculty, Callister, Andina, Beere, Luppolo and Loudmouth. Ticket prices start at $65 for the “Kinda Hungry” option (they cap at $125 for the “Hawkers Hungry” package, with an in-between “Pretty Hungry” deal available for just under one hundred bucks), but after one look at the agenda and roster for the eight-hour-long event, that price seems pretty reasonable. Head over to the Eventbrite page for all the details. As climate change increases the chances of smoke taint in wine grapes, there's a rush afoot to detect and prevent it.

The History Guy loop us in on the close call and how disaster was ultimately averted to allow for the wine world we know today.

The highly anticipated new brewery is set to open its retail frontage and tease its hotdog menu with takeout orders.