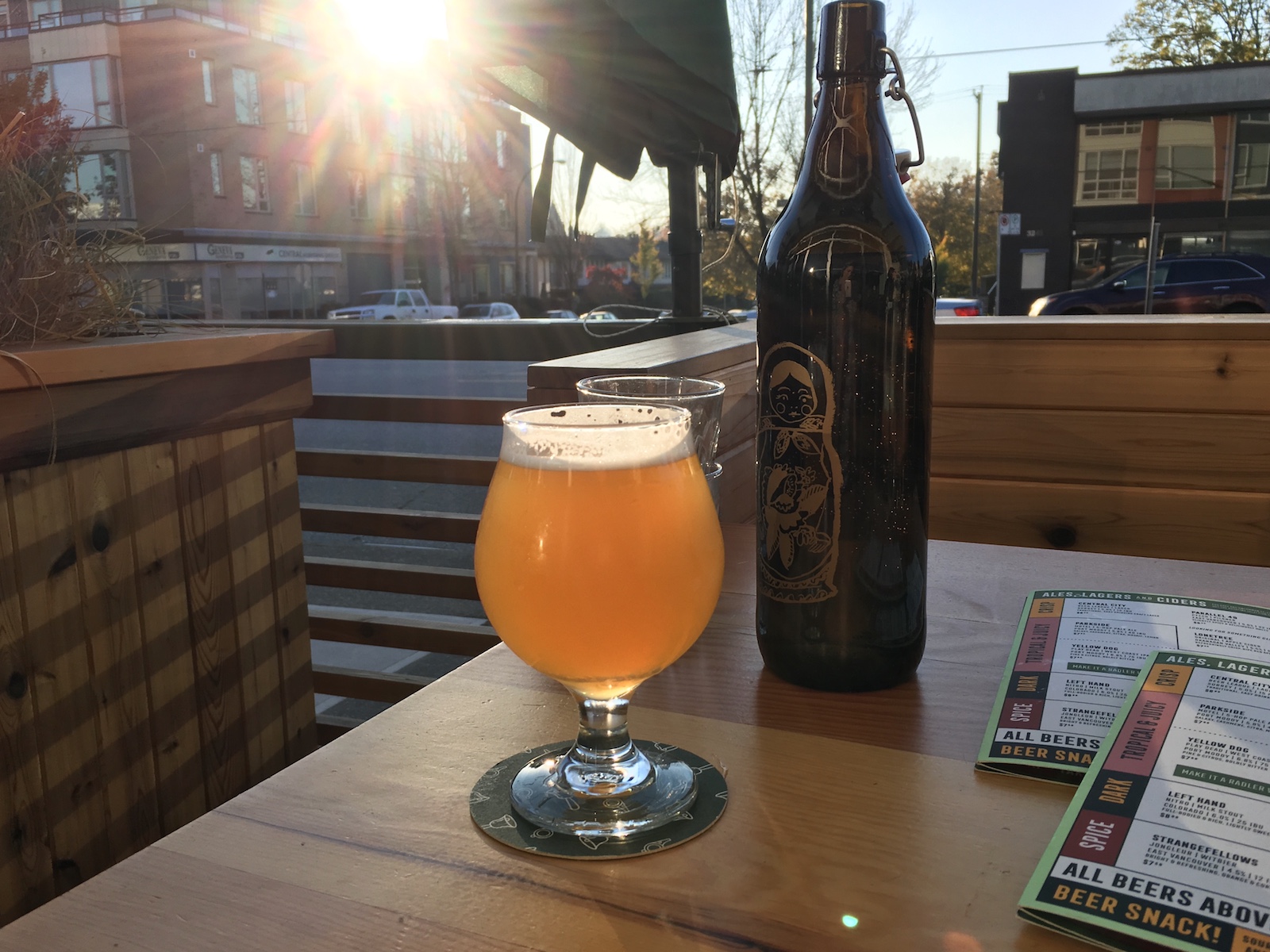 SPOOKY BEERS | Remember when you were a kid and you bemoaned the fact that Halloween was on a school night? Well, it’s not so bad for grown-ups, if only because it means the festivities get more spread out. On Thursday, October 25th, for starters, there’s a Rogue Dead Guy-themed party going down at St. Augustine’s. And of course we can always count on Strange Fellows for one helluva good time. This year they’re throwing their traditional All Hallows Eve party the following night, with live mariachi music and a special cask of Chipotle and Chocolate beer. Then, the next night, Parallel 49 Brewing is throwing a free Halloween party in their warehouse featuring seven beers from Parallel 49 and Boombox (including the tasty, festive and nightmarish-looking Schadenfreude Pumpkin Oktoberfest Lager), eats from the DL Chicken Shack and prizes for the best P49 costumes. There’s also a real-deal Halloween party happening on the actual date over at Bells & Whistles. This one goes full-arc, starting with some trick-or-treating for the kiddies, before the adult-sized celebration including live fireworks (?!), a DJ dance party and late night costume competition.

TAKEOVER | The Alibi Room is hosting a ‘sweet’ sour and barrel-aged beer tap takeover at the end of the month, featuring The OC’s The Bruery/Bruery Terreux. We never need an excuse to hit up this Railtown spot but if you do need further incentive to get beer-y on a Monday night then they’ve got 22. That’s the number of taps pouring, including collaborations and rarities. Find out more.

JOIN THE FELLOWSHIP | Okay, so the reality is that once the weather starts to get properly shitty you’ll probably feel a little less inclined to go brewery-hopping and a tad more interested in cozying up at home with a growler fill or bottle, right? There’s no shame in that. If you aren’t already privy, you might be interested in hooking yourself up with a “Fellowship” from East Van’s Strange Fellows Brewing. By joining this club of sorts you’ll be cashing in on some sweet perks like growler fill deals and exclusive bottled brews. Before you commit though, head over to the tasting room on November 2nd to taste last year’s selection and decide whether you’re ready to be recruited. Find out more.

ROCK OUT | Few could contest the relationship between beer and rock ‘n roll, so it only makes sense that there would be a rock music-themed Brewmaster’s Dinner. The three course dinner includes grilled octopus with dashi celeriac puree and finishes with a key lime tart and savoury tomato and lime sorbet, along with Trading Post beers. At $70 per person this event also has the “rockstar” pricing to match its extravagance, but you only live once, right? Find out more.

GET STOUT | November 2nd is International Stout Day. There are plenty of ways to celebrate the occasion on the fly, including cracking a can of this adorable “Wakey Wakey” Coffee Stout from the Strathcona Beer Company, but one that sounds mighty tasty is going down at BREWHALL. In honour of the ‘holiday’ they’ve got five stouts from San Diego’s AleSmith Brewing Company to fill up your flight: Speedway Stout, Thai Speedway Stout, Vietnamese Coffee Speedway Stout, Hawaiian Speedway Stout, and Hammerhead Speedway Stout. You’ll probably want to speed over to the restaurant early because these beers are very limited. Check out the Facebook event page here.

HAVE A BEERE-DAY | North Van brewery Beere Brewing Co. turned one last week with a big birthday bash on Saturday, October 20th and we’re super happy for them. If you didn’t make it out for the event, plan a day trip out to pay our respects and down a Beere beer or two, including the new “Anything is Possible” Farmhouse Ale with cherries and apricots that’s super delicious. You might even say that it’ll make you a “Beere-liever”…

BEER + BURGERS | Okay, so we haven’t been shy about giving praises to Four Winds Brewing’s tacos, but we’re still super excited about their upcoming Burger & Fries Friday pop up. For one day only, the kitchen will be scrapping their usual menu and slinging meat and veggie burgers only as part of their Kitchen Experiment series. Check out their Instagram for more info and to peep the epic deliciousness that’s in store.