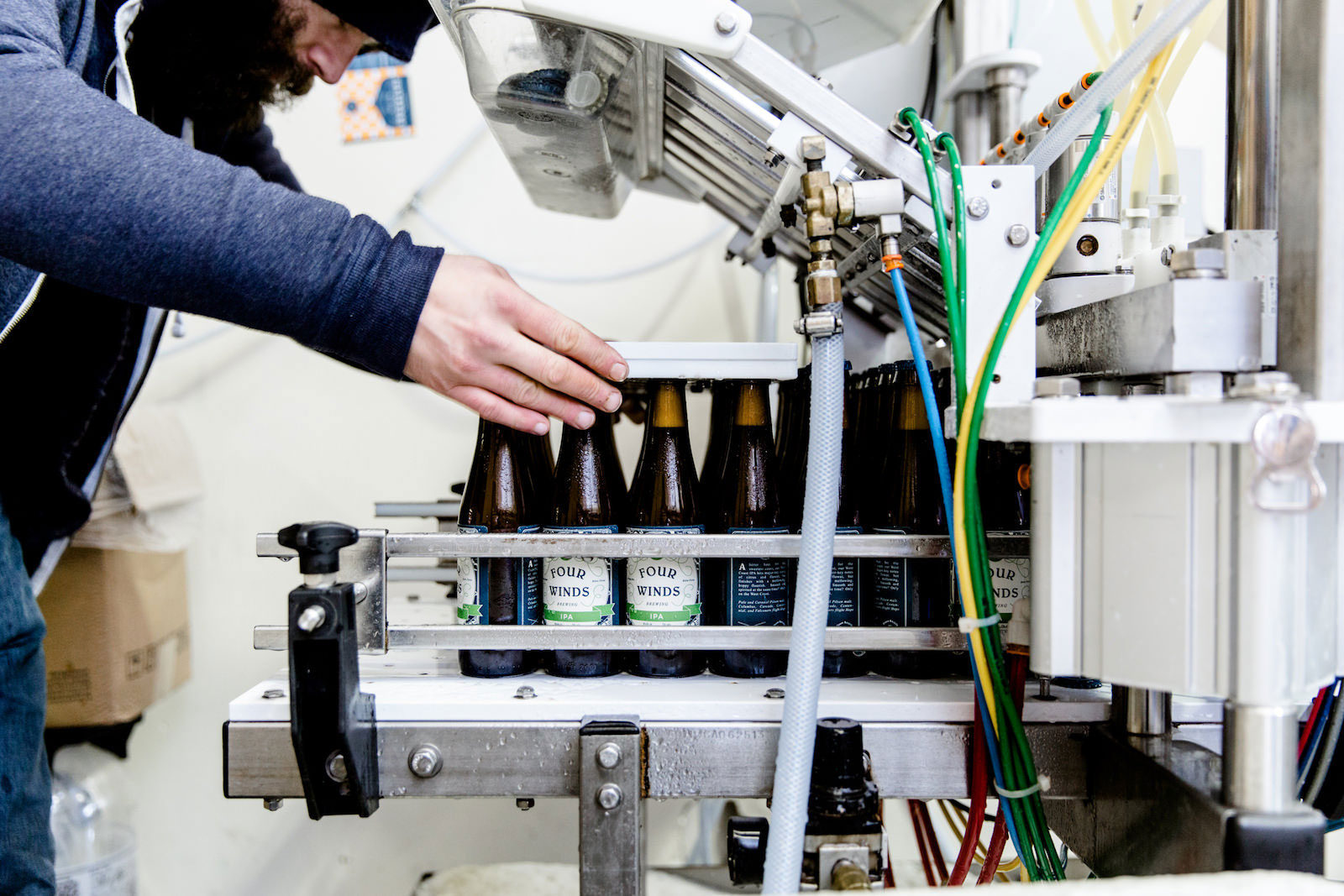 SAY CHEESE | Get your tickets now to stuff your face with beer and cheesy goodness at Luppolo on October 23rd. “Birra e Formaggi” is a pairing event featuring a bunch of Italian cheese from Les Amis Du Fromage and brews from the Italian-inspired brewery. Seriously, can you think of a better activity for a chilly fall evening?

LIQUID ART | There’s a seriously tasty multinational tap takeover happening at the Brixton on October 26th. The seven taps include brews from Ontario’s Collective Arts Brewing, Founders Brewing Co. from the States, the UK’s Wild Beer Co. and my personal favourite from Denmark, To Øl. To secure yourself a spot and a free beer to boot, head over here.

BRASSNECK | Brassneck held their five year anniversary party on Tuesday, October 3rd in their usual impromptu fashion. If you happened to be at the brewery for an early week brew or two, then you were lucky enough to get roped into the festivities. (If not, make a mental note for next year.) The occasion also marked the addition of a few new additions to their beer menu: the “Achromatica” (7.5%) Big Milk Stout with Toasted Coconut, Chocolate & Lactose; “Remember Me?” (8%) West Coast DIPA that’s “Dank as hell & bitter by design”; and the most elusive “Dark Place” (7%) Barrel Aged Brett Porter – a “nice strong Porter. Fruity from the Brett. Restrained wood character from the barrel.” I’ve personally tasted all three and will vouch for their autumnal appropriateness.

STRANGE ART | The opening reception for Marni Harris’ “Conversazioni in Natura” art exhibit at Strange Fellows Brewing is happening on October 11th. Here’s a bit about it, from the artist: “The mound of ridiculous social and political rhetoric swirling about the globe has nudged me further into the spectacular corridors of nature where conversations seem more civil, to the point and less absurd. This exhibit is my ‘homage’ to nature.” If you can’t make the event the show will be up until October 30th. Take note the next time you’re feeling thirsty in East Van, and be sure to nip into the SF tasting room’s adjoining gallery to feast your eyes on some local art while you sip.

TAPS, TAPAS & TACOS | Good food elevates good beer, and vice versa. The peeps at Delta’s Four Winds Brewing seem to know a thing or two about this, since they’ve recently upped their kitchen game with a drool-worthy menu of tacos and tapas to compliment their brews on tap. The most recent menu item that has us with a serious hankering: a spicy cantaloupe and blistered patron pepper dish, with guanciale, chili oil and charcoal salt. Their offerings are constantly rotating though, so if your stomach is growling as loudly as ours is then you probably want to head out to the brewery ASAP. Follow their Twitter for the most current updates. (Note: the photo at the top of this Beer Briefs comes courtesy of Four Winds.)

SCIENCE | The BC Craft Brewers Conference goes down on October 19th, but the beer continues flowing all night at Science World for the official “BEERED SCIENCE” afterparty. The event is open to the public with the ticket price including three real-size drinks, admission to all of the night’s festivities and access to all Science World installations. Get yours here now.

GO ANALOG | The Analog Vinyl Fair is scheduled to return to New West’s River Market on November 2nd. The pop-up music party and record sale is a collaboration between the Arts Council, Social Medium and local brewery Steel & Oak. Register here if picking through the stacks while sipping on tasty beers among fellow music-loving people sounds like a fun winter evening activity. And, in the meantime, plan a visit to Steel & Oak on October 25th and/or the last Thursday of every month, when Social Medium will be taking over the turntables for nights of jazz, funk, electronic, hip hop and disco.

GET MOODY | Head out to Port Moody this upcoming weekend for Moody Ales’ four year anniversary party. The day-long shindig includes a line up of live music, beginning at 12:30pm, a vegetarian food truck, donuts and some surprise special birthday beers. Get more details here.

33EXP | The paper is off the windows at 33EXP, 33 Acres’ new neighbour tasting room and experimental brewing operation. The doors opened and the beer started flowing just in time for the Thanksgiving long weekend. Of course on my first walk-by on Saturday afternoon the room, which is a slightly more relaxed and “homey” interpretation of 33 Acres’ tight branding and aesthetic, was already full with good people and good nature. Be sure to swing by and check it out yourself the next time you’re in the vicinity!