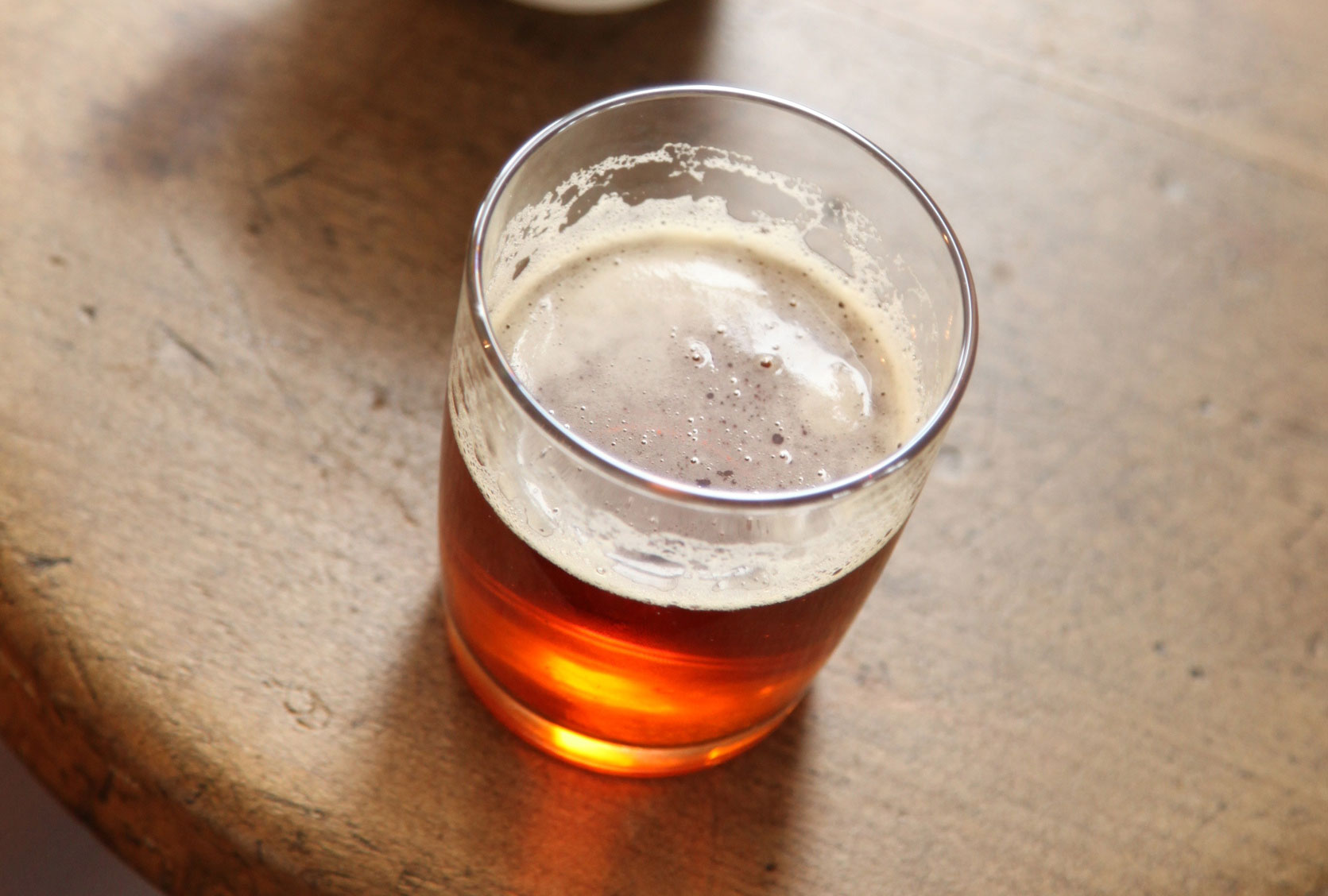 PINKY PROMISE | Brassneck has three new beers for you to taste: Alles Klar (Helles lager), Synethesiac (hazy IPA) and the “Pinky Promise” (Saison w/Pink Peppercorns & Sumac) that they dreamed up with their pal Mitch of Dageraad. “We really appreciate having friends like the Dageraad crew. They’re a bloody good bunch!” Score sips at the brewery this week!

EAST ABBY | Abbotsford brewing neighbours Ravens Brewing Co. and Field House Brewing Co. recently combined forces to produce a delicious-sounding Pink Guava Gose, which is currently available on tap and by the bottle at both tasting rooms. The collaboration is a no-brainer since Ravens and Field House have both won awards for their goses at the BC Beer Awards in the Fruit Beer and Specialty Beer categories, respectively. Ravens received the honour at this year’s awards for their Corvus Lingonberry Lime Gose while Field House’s Sour Wheat Gose earned a medal back in 2016.

FROM THE HEARTLAND | Swing by Portland Craft on Wednesday for a special mid-week beer fix via the American Heartland. Colorado brewery Lefthand Brewing will be taking over 11 taps at the Main Street restaurant. Follow their Instagram feed for an upcoming announcement detailing the full tap list, which will include some limited releases. We definitely recommend showing up early on Wednesday evening since a.) these events often fill up quickly, and b.) you’ll want to maximize the opportunity and leave time to try all of the beers!

TWICE THE TAKEOVER | Keep the takeovers coming: on Thursday, September 13th there are two events going down that are worthy of mention. Head to Gastown for a taste of what Michigan has to offer when Founders Brewing Co. lands at Darby’s. Then hightail it over to St. Augustine’s on The Drive for a “Friendly Neighbour” tap takeover featuring five BC breweries: Foamers’ Folly, Silver Valley, Maple Meadows, Ridge and Northpaw will all be flowing for your sipping pleasure.

BEER DROP | What do New West and Whistler have in common? The answer is beer, of course! Steel & Oak and Coast Mountain Brewing recently announced the launch of a recently brewed collaboration beer, which will be available at multiple events as part of this year’s Whistler Village Beer Festival (September 11 – 16). It’s just one of over a hundred delicious reasons to head up to the mountains for the sudsy celebration this month!

BEER BEAR | Kick off the weekend by hoofing it over to Chinatown on Friday, September 21st. Neighbourhood pub The Brixton has hooked up with Coal Harbour Brewing for a special night featuring five beers, including a special collaboration Mango Sake Sour beer that sounds mighty fine. Bonus: head over to the event’s Facebook page to RSVP before September 20th and reserve yourself a beer on the house!

33 BREWING EXP | After much anticipation, 33 Acres has revealed exactly what has been brewing behind the papered windows of their newly acquired neighbouring space. Check out the 33 Brewing Exp website for the details of the first five of a total of ten experimental beers planned for release this week alone, with two more slated for the following week. If all goes well they’ll all soon be available for purchase in six packs of cans at select retailers across the city. If you’re just getting privy to 33 Acres’ expansion, here’s the lowdown in short: after five years of being in the beer biz, they’ve decided to keep things local and use their new facilities to brew bigger and bolder while still being on brand with the same streamlined aesthetic. Keep careful watch of their Instagram account for regular updates and a TBD opening date.

PARTY | Storm Brewing’s 24th birthday is looming this month. This year’s extravaganza is going down on their loading dock and will include Storm’s legendary ice cream beer floats, plus a bunch of crazy beers that could only be a product of Storm’s mad genius brewers, available in proper beer sizes. This sounds like a perfectly debaucherous way to cap off the weekend. Find out more.

GET WINDED | There’s plenty of inspiration to register for Four Winds Brewing Co.’s “Winded” run on September 23rd. Not only will you sweat it out and get the endorphins going, but you’ll also feel extra good knowing that proceeds from the 5km fun run will be donated to the Delta-based non-profit organization, Deltassist Family & Community Services. And then, of course, there’s the beer. Included in the registration fee are two Four Winds brews, plus a specially branded “Winded” water bottle and some tasty post-run BBQ. Get all the details and register here.

GCBF ROUNDUP | If you missed out on this year’s Great Canadian Beer Festival or attended but had to bow out before trying all the beers, then consider hitting up the Island again on September 20th for an event roundup at Vessel Liquor. Beer writer Joe Wiebe will be in attendance to spout his beery thoughts, with tastes of a range of beers from the GCBF included in the ticket price. Tickets are super limited though, so get yours here now!

GET OKTOBERFEST-IVE | Have you got your Oktoberfest plan sorted out yet? There are a myriad ways to celebrate the weeks-long beery occasion, so we’ve pinned down a few different options for your consideration. If a multi-course German-inspired feast showcasing local fare paired with authentic German beers (Erdinger and Stiegl) sounds up your alley, then secure your ticket to CRAFT’s Brewmaster’s Dinner here.

Meanwhile, new False Creek neighbourhood superpub BREWHALL has a three festive events spread over the two weeks of Oktoberfest, starting with a free kickoff party on September 22nd. Head down on the following two Thursday evenings to party with live music ($10) and commemorate the beery experience with a specially designed t-shirt and pretzel necklace by shelling out an extra fifteen bucks. Alternatively, celebrate at your own speed and take advantage of specials and themed games during regular hours for the entire two week duration. Get more details here.

Head down to Parallel 49 on September 29th when the tasting room will be transformed for a hoopla that will see a special German food menu, eight special taps and live polka music.

POCO | The next time you find yourself in Port Coquitlam, consider checking out Northpaw Brew Co., which opened this past July. The Fremont Village brewery currently has eight beers on tap in their shiny new tasting room. The Raspberry Lemonade Radler and Cold Saison sound like two especially tasty ways to cling to memories of our quickly waning summer, while the C.R.E.A.M Ale and Pitt River Divide Baltic Porter seem like easy segues into the colder season. Northpaw beers are also available in cans at a handful of local liquor stores, including Legacy in False Creek.