An agenda of the things we are doing, wishing we could do, or are conspiring to do in Vancouver from May 30 to June 5, 2018
Article 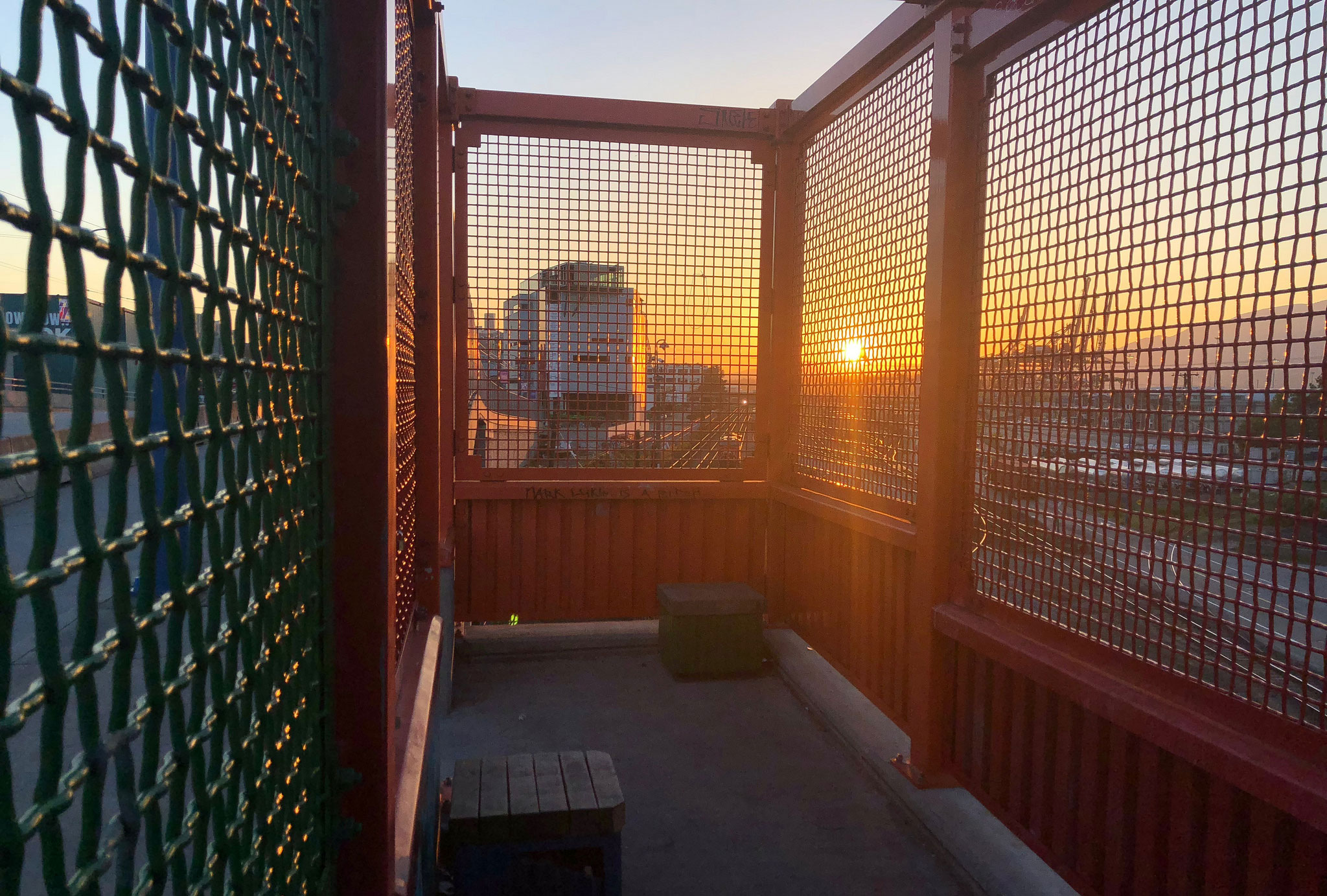 From our calendar to yours comes this carefully considered agenda of cool things we are doing, wishing we could do, or conspiring to do in Vancouver from May 30 to June 5, 2018. Please note that you can now get the Scout List – with a few extra pieces of intel included – sent to your inbox every Thursday. Sign up for your subscription in the sidebar.

TRIPPY ART | Get to BAF this Thursday for a double dose of local art: ‘That mountain is a good listener’ by Colleen Brown and ‘Everything Flows’ by Alex Tedlie-Stursberg. The evening reception kicks off the exhibitions (on display until July 21st) and includes some mixed media from Brown adorning the walls along with Tedlie-Stursberg’s equally odd sculptures made of cultural waste — think plastics, styrofoam and the monetary bane of our existence, the Canadian penny. Sounds intriguing! Find out more.

POP UP | Clouds are rolling in and it’s rumoured that a few drops of rain may fall. What a nice excuse to make your way to The Birds & The Beets to warm up with a tasty bowl of Pazole at Katz Pazole Pop-Up. There will be two versions pozole available and drinks all night. No tickets needed, just head in and order up. Find out more.

PICKLE POWER | Head to Nectar Juicery on Main Street this Thursday night for a quick (hands-on) fermentation workshop and tasting. This class aims to school fermentation enthusiasts on the differences between pickles and ferments; what the best ingredients for a successful ferment are; how to lock down your technique; and what to look for to ensure your fermentation processes are safe and working. Ferment class pals leave a 1L jar of their own custom blended veggie situation to ferment at home as well as recipes and a belly full of samples provided by teacher Lauren Elbe of Pure Earth Superfoods. Find out more.

CRAFT BEER WEEK! | Vancouver Craft Beer Week is in full swing. From tastings and pairings to limited releases and tap takeovers, restaurants and breweries across the city have big and small events planned in support craft beer. The big ticket event (The Craft Beer Week Festival) goes down at the PNE Fairgrounds Saturday and Sunday. For a full line-up of events (and there are many), check the VCBW website here. Find out more.

COMMUNITY | The Strathcona Community Centre is holding a Spring Pub night fundraiser on Friday night. Grab a few pals and hustle yourself to Hastings Mill (Pat’s Pub) at The Patricia Hotel for a fun-filled night of live music and good people. All proceeds support the Strathcona Community Centre and its programming. If you know the centre or the community, you know this is a good cause! Find out more.

FILM | Get woke to a very different Vancouver, with a special archival screening at the Vancity Theatre on Saturday. The roster of five short films included in “Vancouver Impressions” represent a time capsule of our city circa the early to mid 1960s, as produced by CBC Vancouver. Find out more.

GRAND OPENING | Get to know the newest hub of East Van art and maker spaces! Eastside Studios opens this Friday night and everyone is invited down to the 20,000sf arts & culture space to take a look around. Expect local bands, deejays, tattoo artists doing flash all night, as well as an outdoor craft beer patio from 7-9pm and a food truck on site to keep your belly happy. always good times with this crew. Find out more.

ROCK THE CULTCH | There are still some tickets available for Lightning Dust’s show at the Cultch Historic Theatre on Saturday! The Vancouver duo are concluding the Cultch’s new Soft Cedar program with a special performance of new songs (!!!) and reworkings of old faves, fleshed out by a backing band. This is going to be one rocking show! Find out more.

INVESTIGATE | Learn what happens with your garbage after it gets picked up by the garbage-truck with a guided bus tour of the Vancouver Landfill this weekend. It sounds stinky, but it’s actually pretty cool. You’ll hear about the landfill’s environmental impact, be impressed by trained hawks (used to control birds in the area), be told about how landfill gas generates electricity and heat. The fun never ends at the landfill. Find out more.

PIE | There is a Summer Pie Making Workshop going on at The Pie Shoppe this weekend. Topics covered will include: spring fruit, understanding natural pectin, starches and sugars, making a good pastry dough and pastry techniques and the art of “expressing yourself through pie”. The cost of the workshop is $95 beans and it’s taught by Stephanie French (co-owner & baker at The Pie Shoppe as well as all-around awesome woman). Participants leave with a whole pie, recipes, tips, and – if all goes well – a few new friends. Find out more.

GIG | American singer/songwriter Damien Jurado is coming from Seattle to play at The Imperial on Monday night. Jurado recently released a new album (The Horizon Just Laughed) and it’s getting lots of love. The forecast is for rain, so it’s the perfect night to mellow out indoors while listening to some live tunes. This will be a good show. Grab a ticket fast.

FILM | Get woke to a very different Vancouver, with a special archival screening at the Vancity Theatre on Saturday. The roster of five short films included in “Vancouver Impressions” represent a time capsule of our city circa the early to mid 1960s, as produced by CBC Vancouver. From the organizers: “These films not only document how much the city has changed, they also reveal that its residents had many of the same complaints and concerns we have today. It’s a Vancouver that we may not have known, but somehow are nostalgic for.” Shot in black and white film and set to a swingin’ jazz and folk soundtrack, there’s no better way to enjoy this audio-visual day-trip back in time than in one of Vancity’s lux velvet seats. Secure yours now! An agenda of the things we are doing, wishing we could do, or are conspiring to do in Vancouver from July 23 to July 29, 2020.