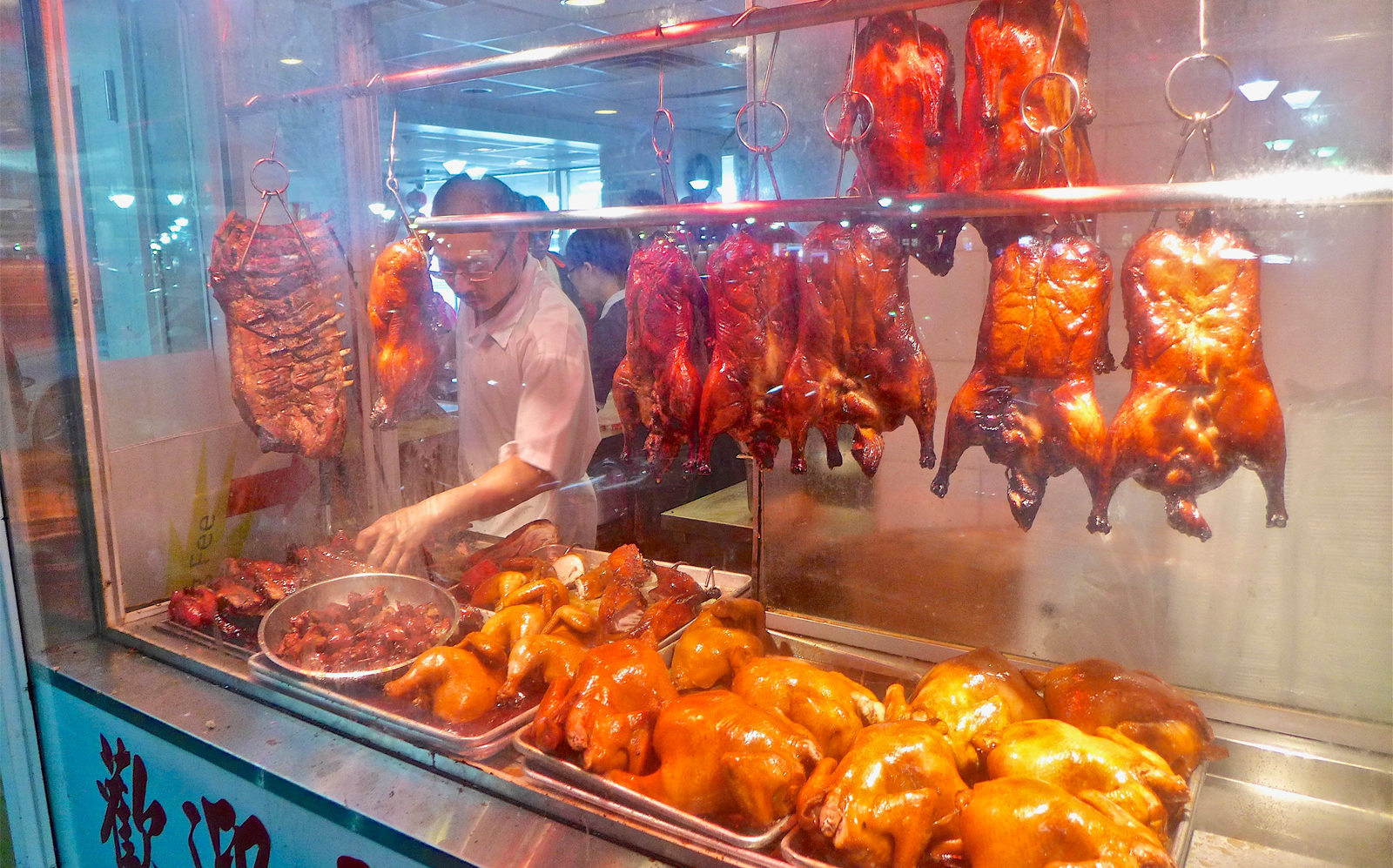 Our city is blessed with world-class Chinese BBQ, but only a handful of spots are worth the special trip to get the truly premium stuff you would serve at special occasions. The audaciously named HK BBQ Master is one such place. Hidden away in the parkade under the Superstore on No. 3 Road in Richmond, this unassuming establishment churns out some of the best sui mei in the city. The lineups are constant and the product is exceptional.

But who is this “BBQ Master”?

Eric Leung started his foodservice career in a high-end restaurant in Hong Kong at the young age of 14. He swept floors, washed dishes and ran errands before finally being given the chance to work in the kitchen as a prep cook. He worked his way up to head cook and soon found himself itching to do something else. About 25 years ago, he decided to move to Canada. Once arrived, he started as a chef at a popular Chinese restaurant in Coquitlam. He worked there for a number of years and developed a devoted following.

Leung struck out on his own about 16 years ago. He decided to open a Chinese BBQ instead of a full-service restaurant because he believed that quality control would be easier. Through a customer, he found out about a cheap-to-rent address in Richmond. The tiny, unusual (and dark) location in the parkade didn’t deter him. Within a few short months of opening – and mainly through word of mouth and patronage from his former customers in Coquitlam – the restaurant became profitable. It has been a raging success ever since.

Leung’s BBQ is indeed best in class. The roast pork ($12.50 for a full order) is made from only the belly, unlike at the other places where they typically use the whole side. “The neck and leg meat aren’t as good as the belly,” he professes. The sweet honey-maltose glazed BBQ Pork ($11) is well seasoned and tender. Get here early for his BBQ duck ($13) as this is the first thing that runs out every day. The white-cut (oddly called “sauteed”) free-range chicken ($12) and soy chicken ($11) are also top-notch. The menu offers 2 meat ($9.50) and 3 meat ($12.50) on rice combos with a side of daily soup (often a traditional winter melon).

After 16 years in operation, Leung is nearly ready to pass the business on to his sons. Though he has cut down on his hours, he isn’t ready to retire quite yet (“quality control”, he says with a wink). You will still find him working the floor during the lunch rush. He’ll come around to pour tea, to squeeze a little bit of his special soya-based sauce on your plate, and to chat. This is how I learned that he took the lease on the space right next door. He is planning expand soon by busting through the walls. The aim is to renovate over the next couple of months.